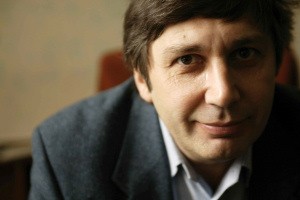 Researchers at The University of Manchester have produced a ground-breaking new material, graphane, which has been derived from graphene.

Graphene, which was discovered at the University in 2004, is a one-atom-thick crystal with unusual highly conductive properties, which has quickly become one of the hottest topics in physics and materials science. It is also tipped for a number of future applications in electronics and photonics.

But research published today (Friday 30 January, 2009) by Professor Andre Geim and Dr Kostya Novoselov, who led the group that discovered graphene in 2004, suggests its uses could be far greater.

That's because the scientists, from the University’s School of Physics and Astronomy, have found that graphene will react with other substances to form new compounds with different properties - opening up further opportunities for development in the field of electronics.

As part of the research, published today in the leading scientific journal Science, Professor Geim and Dr Novoselov have used hydrogen to modify highly conductive graphene into a new two-dimensional crystal - graphane.

The addition of a hydrogen atom on each of the carbon atoms in the graphene achieved the new material without altering or damaging the distinctive one-atom-thick ‘chicken wire’ construction itself.

But instead of being highly conductive, like graphene, the new substance graphane has insulating properties.

The researchers say the findings demonstrate that the material can be modified using chemistry - clearing the way for the discovery of further graphene-based chemical derivatives.

“Graphene is an excellent conductor and is tipped for many electronic applications,” said Dr Novoselov. “However it was tempting to look at ways to gain additional control of its electronic properties through the use of chemistry.

“Our work proves that this is a viable route and hopefully will open the floodgates for other graphene-based chemical derivatives. This should widen the possible applications dramatically.”

The unique electronic properties of graphene have already led researchers to look at ways the material could be used in the development of increasingly small and fast transistors. However, the absence of the energy gap in the electronic spectra forced scientists to use rather complex graphene-based structures like quantum point contacts and quantum dots for this purpose.

The discovery that graphene can be modified into new materials, fine tuning its electronic properties, has opened up the increasingly rich possibilities in the development of future electronic devices from this truly versatile material.

Professor Geim said: “The modern semiconductor industry makes use of the whole period table: from insulators to semiconductors to metals.

“But what if a single material is modified so that it covers the entire spectrum needed for electronic applications?

“Imagine a graphene wafer with all interconnects made from highly conductive, pristine graphene whereas other parts are modified chemically to become semiconductors and work as transistors.”

The Manchester researchers produced high-quality crystals of graphane by exposing pristine graphene to atomic hydrogen. The approach shows a way of making many other ultra-thin crystalline materials based on graphene.

A copy of the paper ‘Control of Graphene’s Properties by Reversible Hydrogenation: Evidence for Graphane’ - is available on request. A selection of images is also available to illustrate the story at:

Dr Novoselov and Professor Andre Geim are available for interview.

Further information is available from Deborah Haile at the University of Manchester media relations office on 0161 275 8387.