PhD student Beatriz Buarque has been awarded the Luxembourg Peace Prize, a joint prize awarded by the World Peace Forum and the Schengen Peace Foundation. 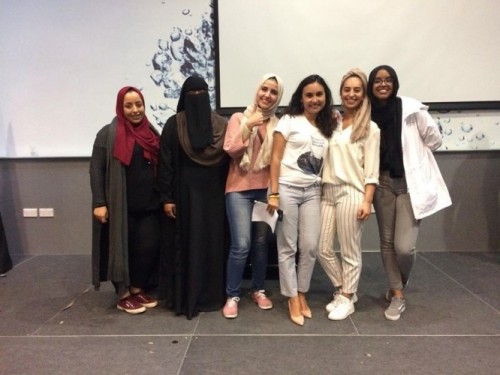 Beatriz Buarque won the Luxembourg Peace Prize in the category ‘Outstanding Peace Organisation’ with her NGO ‘Words Heal the World’.

Beatriz founded Words Heal the World as a website in 2017 whilst working as a Journalist in Brazil for Globo TV. At that time, radicalisation and extremism were affecting people across the world. Covering the story of a Canadian mother who lost her son to ISIS touched Beatriz so deeply that she decided to take action.

After moving to the UK to study for her Master’s degree, Beatriz registered Words Heal the World as an NGO in 2018. The organisation aims to empower young people to challenge online hate speech and tackle different types of extremism. It also builds bridges between academia and civil society, helping increase the visibility of 25 partner organisations that promote peace worldwide.

Since 2017, undergraduate students from the UK, Brazil, Argentina, Mexico and Colombia have produced three short-documentaries, developed two social media campaigns, written more than 65 articles, organised two events and they are now working on a programme to empower teenagers called "From Student to Student: sharing skills to challenge hate."

Beatriz said “When I was informed our NGO won the Luxembourg Peace Prize, I was with my dad and sister and I could not believe it. A movie of its story flashed by my eyes! We managed to inspire thousands of young people from different nationalities to use social media for peace and this work, without funding, reached this far because we believe in the power of words. We truly believe that in the information age, words can heal our world!”