Possible cause of IVF failure in some women identified

Possible cause of IVF failure in some women identified 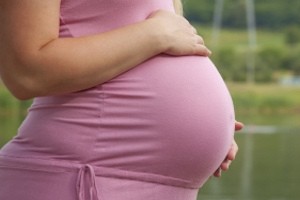 New research from The University of Manchester has demonstrated a previously unexplored biological process, which can lead to the failure of embryos to attach to the uterine wall during in vitro fertilisation (IVF).

IVF only has around a 25% success rate, largely due to the high rates of failure when embryos try to implant. Some women suffer from recurrent implantation failure, where the embryo is transferred but fails to attach to the endometrium – the mucus membrane of the uterine wall.  This is a significant cause of the failure of IVF as most embryo losses occur at this early stage.

Women who repeatedly suffer this failure have been shown to have altered levels of microRNA in their endometrium, so the researchers at The University of Manchester’s Institute of Human Development decided to experiment with varied levels of microRNA-145 and its target, the receptor for insulin-like growth factors (IGF1R).

Greater understanding of the mechanisms which control success or failure can lead directly to treatments to make IVF cycles more efficient so that infertile couples can start their families.

They found that IGF1R has a previously unknown role to play in the attachment process and that when it is reduced there is a higher probability that the embryo won’t attach.

Professor John Aplin, who led the study said: “When an embryo is ready for implantation, its replacement is carefully timed to coincide with the window of maximal receptivity in the uterus.

“This window is open for no more than four days. Our study suggests that the presence of IGF1R during this period is required for the embryo to stick to the uterus.”

MicroRNA-145 has a role to play in this process as over-expression inhibits the growth of IGF1R. The lab research conducted by the team showed that varying this level had a direct effect on IGF1R.

Although they acknowledge that more research is needed to confirm the findings – particularly in the difficult-to-observe human uterus at the time of implantation – they believe that developing treatments to suppress microRNA-145 could lead to improved rates of attachment.

Professor Aplin said: “This is one of the hardest groups of women to treat in fertility science and rates are still very low across the board. Repeated IVF cycles are stressful and can be expensive too. Greater understanding of the mechanisms which control success or failure can lead directly to treatments to make IVF cycles more efficient so that infertile couples can start their families.”

The full paper: miR-145 suppresses embryo-epithelial juxtacrine communication at implantation by modulating maternal IGF1R’, published in the Journal of Cell Science can be read here.