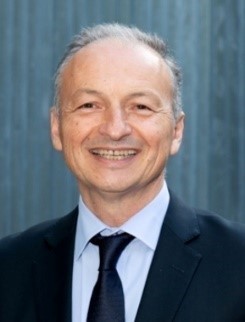 IEEE is the world's largest technical professional organisation, with over 400,000 members in more than 160 countries dedicated to advancing technology for the benefit of humanity. The term of Professor Milanović's appointment is 1 January 2022 through to 31 December 2023.

IEEE Fellow is a distinction reserved for select IEEE members whose extraordinary accomplishments in any of the IEEE fields of interest are deemed fitting of this prestigious grade elevation.

Also, in July this year the Governing Board of the IEEE Power and Energy Society appointed Professor Milanović Editor-in-Chief of the IEEE Transactions on Power Systems, effective from 1 January 2022 and renewable annually for up to six years in total.

The IEEE Transactions on Power Systems is widely regarded as the most prestigious journal in the world (impact factor 6.663) in the area of electrical power engineering, with scope covering the education, analysis, operation, planning, and economics of electric generation, transmission, and distribution systems for general industrial, commercial, public, and domestic consumption, including interaction with multi-energy carriers.

Professor Milanović, recipient of the Manchester Doctoral College Excellence Award – Supervisor of the Year Award in the Faculty of Science and Engineering 2019/20, is a Chartered Engineer in the UK, Foreign member of the Serbian Academy of Engineering Sciences, Fellow of the IET, Fellow of the IEEE, Distinguished IEEE Power and Energy Society (PES) Lecturer, Immediate past-Chair of the IEEE Herman Halperin Transmission and Distribution Award Committee, Associate Editor of IEEE Transactions on Power Systems and Power Engineering Letters, and a member of the IEEE PES Industry Technical Support Leadership Committee.

He was a member of the IEEE PES Governing Board as Regional Representative for Europe, Middle East and Africa for six years, and a member and vice-chair of the IEEE PES Fellows Evaluation Committee for three years.