He is joined by a new Deputy Director, Director of Research and Director of Teaching and Learning. 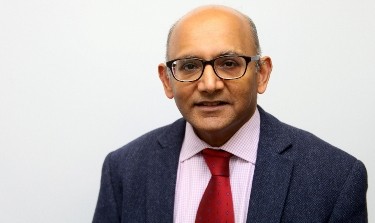 Prof Khalid Nadvi has taken up the role of Managing Director of the Global Development Institute. Khalid follows on from Diana Mitlin who completed her term at the end of August. David Hulme, who was awarded an OBE in the New Year Honours list, covered the role in the intervening period.

Khalid will oversee the day to day running of the institute as well as its strategic vision over the next three years. He’ll also lead Manchester’s Global Inequalities research beacon.

Khalid is Professor of International Development and his research focuses on issues relating to trade and industrial development. He recently coordinated the Rising Powers and Interdependent Futures programme, while leading research on labour standards and governance of global production. Khalid is currently working alongside Stephanie Barrientos on Shifting South: decent work in regional value chains and South-South trade and is a key member of our global production networks, trade and labour research group.

Taking up the role, Prof Nadvi said: “It’s a huge honour to have been chosen to lead the Global Development Institute. We’re at a fascinating time for Development Studies, with some of the fundamental ideas, actors and interventions changing rapidly under our feet, which creates both opportunities and challenges. The Global Development Institute is rightly proud of its commitments to promoting social justice and reducing global inequalities through its teaching and research. I’m looking forward to helping my exceptional colleagues to make even more of an impact in the world.”

Alongside Khalid, a number of other colleagues took up new posts as part of the GDI’s Senior Management Team. Dr Nicola Banks has taken up the new post of Deputy Director of the Global Development Institute. Dr Rory Horner has been appointed as Director for Research and Dr Antonio Savoia takes up the role of Director of Teaching and Learning. All three posts run for three years.