We are delighted to officially announce that Mat Paterson, Professor of International Politics, has been appointed as Interim Director of the Sustainable Consumption Institute. 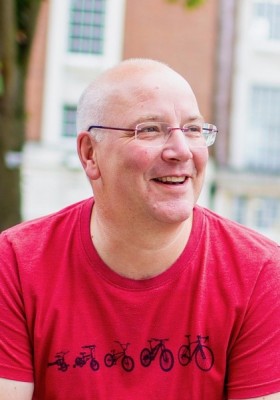 Professor Paterson follows in the footsteps of Prof Frank Boons, who has led the SCI for two years and has returned to the Netherlands to start his new role as Head of the Maastricht Sustainability Institute at the University of Maastricht.

Professor Paterson's research and teaching focuses on environmental politics, especially climate change politics. He is interested in the fundamental question of the challenges that dramatic environmental change poses to existing political institutions and structures, and what drives the responses of those systems to the unsustainability of the current world order.

He has mostly worked on this in relation to climate change, and principally on global climate governance (the UNFCCC, transnational governance initiatives), the political economy of climate (role of specific business sectors, the politics of carbon markets, generally how global capitalism shapes responses to climate change), and the cultural politics of climate change (the practices of daily life and the identities associated with them - automobility in particular).

His new book ‘In Search of Climate Politics’ is out now and you are invited to join the launch event on 8th February by signing up via Eventbrite.