First published as ‘The Adventure of the Real’ in 2009, and concerned with the leading ethnographic film-maker, Jean Rouch, the book has recently been re-published in a revised edition in French by the Presses Universitaires de Rennes. 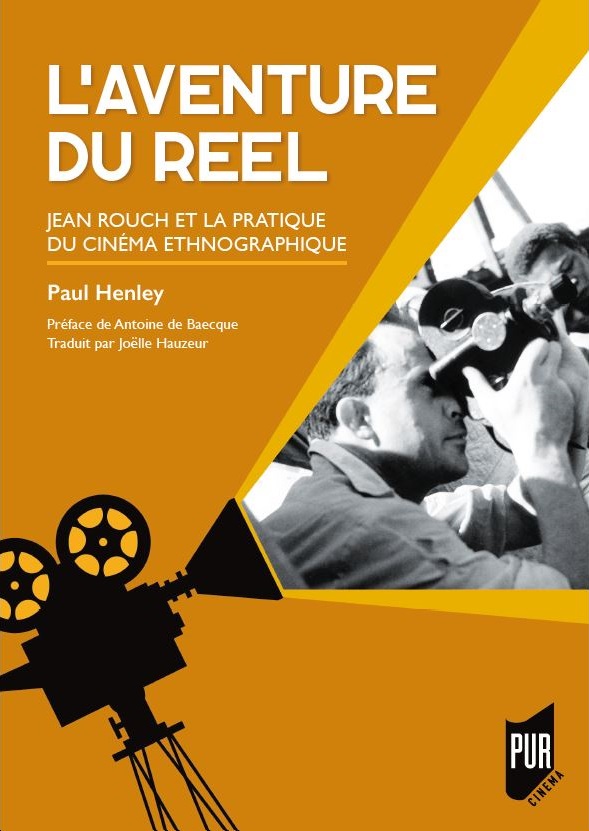 The author, Prof Paul Henley is a Professor of Social Anthropology at the University.

The book was chosen for translation because it represents the only in-depth study of a film-maker whose influence extended far beyond anthropology. Rouch had a major impact on French New Wave, for example, which is why the French edition carries a preface by the leading Jean-Luc Godard scholar, Antoine de Baeque.

The funds for translation were provided by Musée de l’Homme and the French Ministry of Culture, as well as a contribution by the School of Social Sciences Small Grants scheme. It was the grant provided by the University that acted as seedcorn funding for the translation costs, which were substantial as the book is over 500 pages.

In the thumbnail image in the left column, Jean Rouch is welcomed to the University of Manchester by Professor Henley, centre, and Sir Denis Forman, founding CEO of Granada Television, right, when Rouch came to give the Forman Lecture in November 1989.