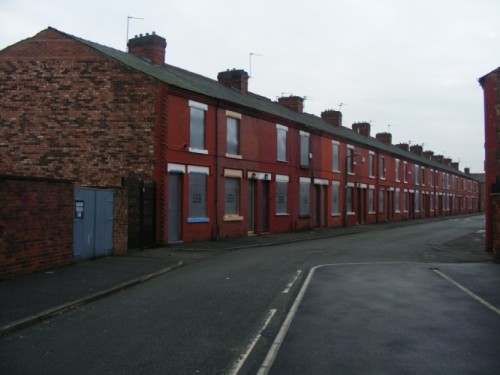 A social scientist from The University of Manchester is leading a project to find out why so many houses are left empty, despite homelessness in the city being at record levels.

Alexandra Albert has initiated The Empty Houses Project to spot national trends in home usage, and to find out which homes could be brought back into use, using crowd-sourced data from the general public. She hopes that their observations will create a clearer picture, which can help to abate the UK’s current housing crisis.

600,000 residential homes are thought to be unoccupied in the UK, and current data shows that the North of England tends to have a larger proportion of unused residential properties than the South. However, this data is based on Government statistics, which do not show patterns of houses which are underutilised - such as rarely used second homes – or merely appear to be empty.

In addition, while the housing market needs some empty properties to function normally, the longer a house is left unoccupied, the more it is likely to deteriorate and therefore to cost more to bring back into use.

“The current housing crisis is a concern for policymakers, third sector agencies and charities, as well as individuals and families who cannot get a home in Manchester”, says Alexandra. “The ‘Northern Powerhouse’ narrative has suggested that the city is at the forefront of discussions around housing, and it has been granted devolved powers to tackle the issue - however, the use of empty homes is not being looked at closely enough.”

“We believe that early intervention can help to ensure that properties do not remain empty for many years. We want the public to record data on the empty houses that they see, and provide us with information that local authorities, charities and other organisations can use to bring vacant houses back into use quickly and easily.”

Government policy is currently focusing on enabling developers to purchase land cheaply to build brand new homes, however according to the Manchester City Council’s annual rough sleeper count, nearly twice as many people are sleeping on the streets of Manchester as last year. Alexandra hopes that the project, through identifying the vast amount of empty properties throughout the UK, will highlight a more sustainable approach to the housing crisis.

“As well as being much cheaper and faster to bring existing homes back into use, it is a more sustainable approach. We need to try to solve this problem, rather than simply building new houses on land that isn’t always suitable for development and is often located away from the areas where homes are needed the most.”

To get involved in the project, visit https://emptyhousesproject.wordpress.com, report any empty houses via this form, or email emptyhouses@manchester.ac.uk.