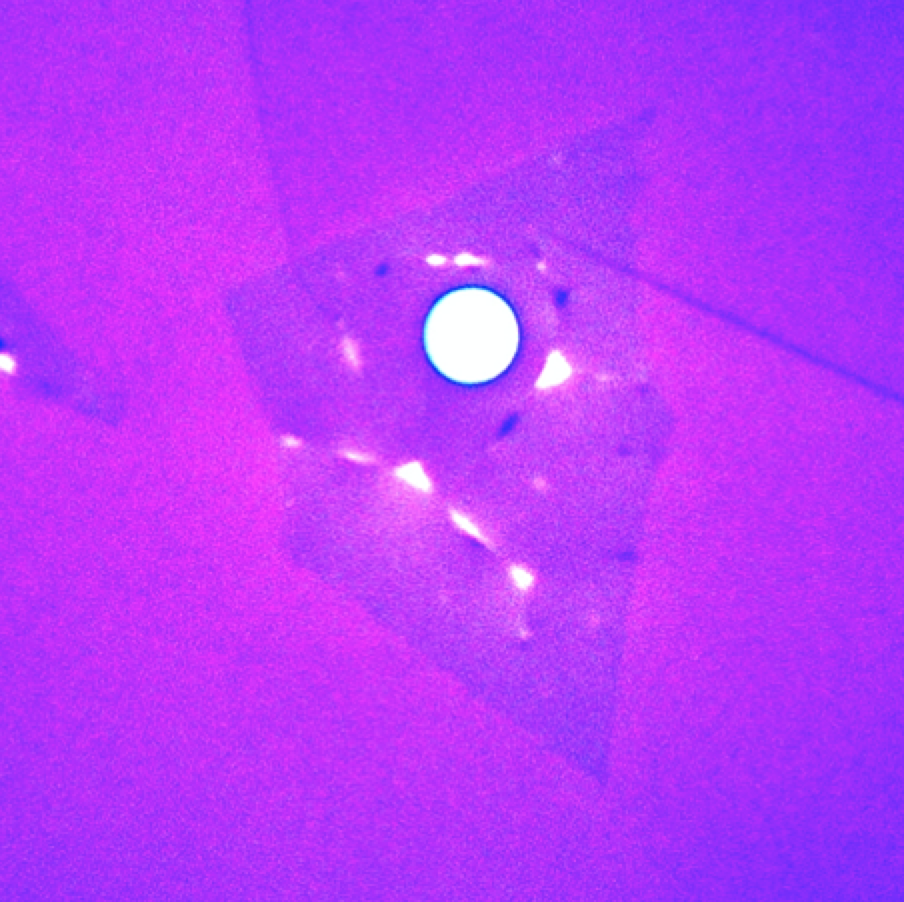 By layering two-dimensional (2D) materials, scientists as The University of Manchester and Cornell University have confirmed electrochemical phenomena based on theory established in the 1950s.

The Marcus-Hush theory of electron transfer is one of the pillars of modern chemistry. However, some of the predictions, such as the electrochemical behaviour at very small “ultramicroelectrodes” remained unverified, until now.

Published in ACS Nano, a team of researchers based in the Department of Chemistry and the National Graphene Institute, have been able to fabricate a device with a diameter as small as 5 micrometres.

Using hexagonal boron nitride (hBN), sometimes known as white graphene, the study shows that, electrons could pass through the hBN acting as a barrier between a graphite electrode and suitable molecules (“redox couples”) in a liquid solution.

Ultramicroelectrodes are electrodes with characteristic dimensions on the micrometre or sub-micrometre scale. Due to their properties, they have pushed the boundaries of electrochemistry into small length scales.

In this case, the combination of the ultramicroelectrodes and tunnelling through atomically-flat hBN created perfect conditions to reveal peculiar discrepancies in the measured electrochemical properties. These discrepancies turned out to be direct manifestation of the Marcus-Hush theory of electron transfer, in a stunning agreement with unproven theoretical predictions.

The moment of realisation that our experimental results are in a perfect match with an unverified theoretical prediction was exhilarating, and reminded us of the power and beauty of the scientific method.

Dr Matej Velicky said: “The moment of realisation that our experimental results are in a perfect match with an unverified theoretical prediction was exhilarating, and reminded us of the power and beauty of the scientific method”

Professor Robert Dryfe said:” The key to this experiment lies in the ability of to build up “designer” materials, by layering 2D materials on top of other materials in a highly controlled fashion. Such a unique experiment was only conceived because of the facilities and expertise of the National Graphene Institute.”

In addition, this research provides a novel experimental platform, which could be applied to address a number of scientific problems such as the identification of reaction mechanisms, surface modification, or long-range electron transfer, which are very important processes in chemical catalysis, sensing, and biology.

Link to the paper can be found below:
Electron Tunneling through Boron Nitride Confirms Marcus–Hush Theory Predictions for Ultramicroelectrodes