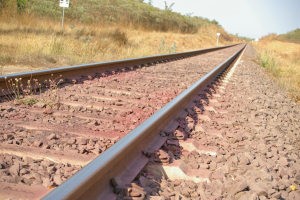 The privatised rail system relies upon billions of pounds of hidden subsidies and has failed to bring in private investment, according to experts at The University of Manchester.

The TUC commissioned research by the Centre for Research on Socio-Cultural Change (CRESC), finds the policy has artificially boosted private profits of the privately owned Train Operating Companies.

And because they do not figure on any public balance sheet, the huge liabilities of the British tax payer are hidden.

CRESC is funded by the Economic and Social Research Council (ESRC).

“Network Rail has been inflating the profits of the Train Operating Companies by lowering track access charges from £3.19 billion in 1994 to  £1.59bn in 2012,” said CRESC Director Professor Karel Williams, from The University of Manchester.

“This hidden sum is nearly twice as large as direct government subsidies and the cost of servicing this growing debt is now larger than the cost of annual maintenance.

“Half the new debt currently being issued by Network Rail covers the cost of servicing existing debt.”

Direct public expenditure on rail has more than doubled since privatisation and is currently running at £4 billion a year, says their report published today (7 June), despite fares which are higher than in other major European countries.

And negligible private investment means that the average age of rolling stock, at 18 years, is now two years higher than in 1996, they add.

The CRESC report for the first time tracks the flow of public money through the rail system, documenting how the Train Operating Companies extract huge profits from public subsidy.

Professor Williams added: “The privately owned Train Operating Companies have completely hijacked the coalition government’s rail reform agenda, which is about ‘getting franchising back on track’.

“Our research shows how the franchising system allows them to distribute profits at low cost from public subsidy.

“So we say it would make sense to abolish the train operating companies. That would cost the taxpayer nothing if it were done as franchises expired.

“Train and track operation could then be integrated under a new not for profit company, National Rail, under cash constraints which enforced operating efficiency.”

TUC General Secretary Frances O’Grady said: “This study explodes the myth that rail firms are bringing added value to our railways. In reality they rely upon taxpayers to turn a profit, virtually all of which ends up in shareholders’ pockets, rather than being used to improve services.

“Rail privatisation has not brought the improvements its cheerleaders promised – the average age of trains has increased and most new investment is funded by the state.

“The claim that private train operators are responsible for more people using the railways must also be taken with a huge pinch of salt. Passenger growth has mirrored changes in the wider economy and is not the result of creative marketing drives by companies.

“The government must accept that the current model is broken. Its determination to impose franchising across the network – even on the East Coast Mainline which is performing well as a nationalised service – shows ministers are ignoring the evidence of 20 years of failure.”

A copy of CRESC report, The Great Train Robbery, can be found at: http://www.cresc.ac.uk/

The TUC's Campaign Plan can be downloaded from www.tuc.org.uk/campaignplan and  TUC press releases can be found at www.tuc.org.uk. Follow the TUC on Twitter: @tucnews