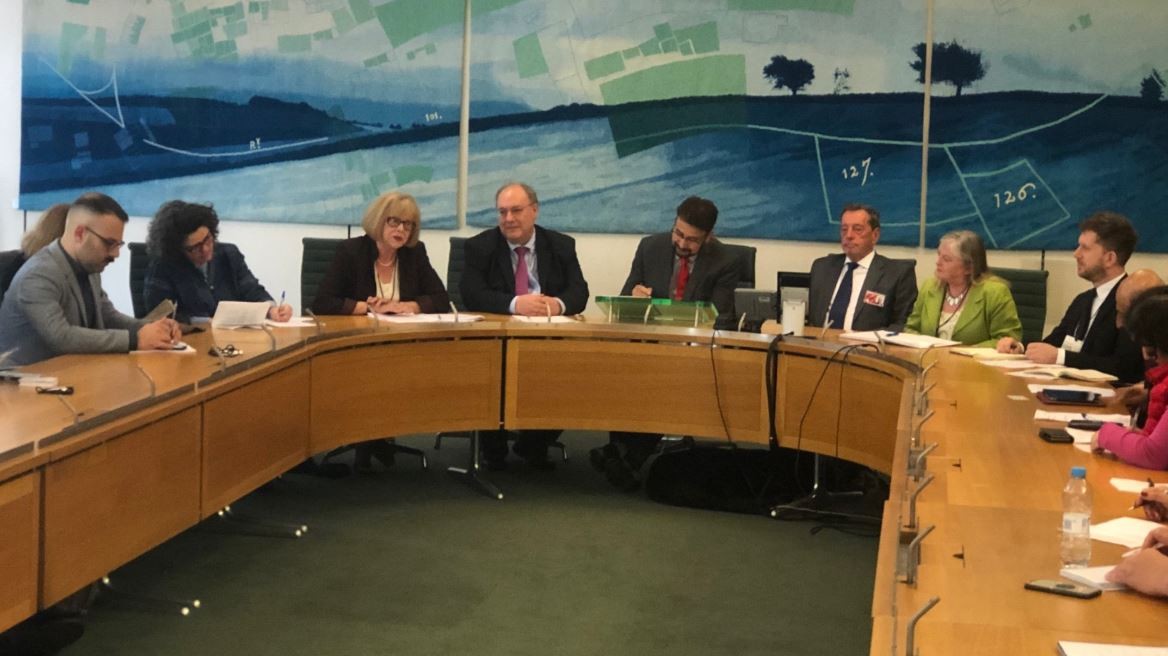 Recognise the UK as a multilingual society, say politicians and academics

University researchers, teachers and leading politicians came together at the House of Commons on Wednesday 22 May, to call on policymakers to develop a comprehensive policy that recognises the UK as a multilingual society, and to ensure that provisions are made to protect the languages of all citizens.

The event, organised by The University of Manchester’s Multilingual Manchester research unit, highlighted that languages other than English are a vital part of the cultural heritage of many British citizens and residents. For many, they are an important skill, and an asset in developing professional careers.

In cities in particular, recognition of language diversity is key to ensure equal access to services, celebration of culture and traditions, and workforce skills to support development. Languages offer important channels through which to build bridges among communities and between nations.

Manchester is leading the way in this area, with Manchester City Council working towards a City Language Strategy, and Manchester Museum transforming itself into the country's first ‘multilingual museum’.

Professor Yaron Matras from Multilingual Manchester called for the Office for National Statistics to revise the question on languages in the 2021 Census, to allow respondents to list more than one language that they use frequently or in the home. This would identify and record the wide range of languages spoken by UK citizens, and reflect the proportion of the current population with multilingual skills more accurately. Currently, the Census question only asks about a single ‘main language’ other than English and is intended to capture data on those who are not proficient in English.

The British Academy, who were also represented at the event, has released a statement backing the call to change the Census, saying that “the way the questions are currently asked arguably reflects a common assumption that monolingualism is the norm, dismissing the possibility of fluency in two or more languages.”

Language diversity is about who we are, and what kind of society we live in. In the current climate of increasing polarisation of the political debate surrounding immigration, identity, and our relations with other nations, we need to raise awareness of multilingualism as a way to build bridges and restore confidence.

”The UK - particularly England, where there are currently no provisions for minority languages - needs a domestic language policy that protects, celebrates and harnesses our linguistic diversity," Yaron added.

“The strength of being able to be multilingual - of being able to share languages - is overwhelmingly important” said Lord Blunkett of Brightside. “We should allow Census respondents to list multiple languages that they use frequently or in the home in order to obtain a better picture of the country’s multilingual reality - changing the question would help to shape provision, as well as rejoice in the languages around us."

“Languages strengthen our society,” said Shadow Immigration Minister Afzal Khan MP, whose Manchester Gorton constituency is one of the most linguistically diverse in the country. “We need more support for supplementary schools, which provide an important service to promote skills and protect cultural heritage.”

Recognise the UK as a multilingual society, say politicians and academics