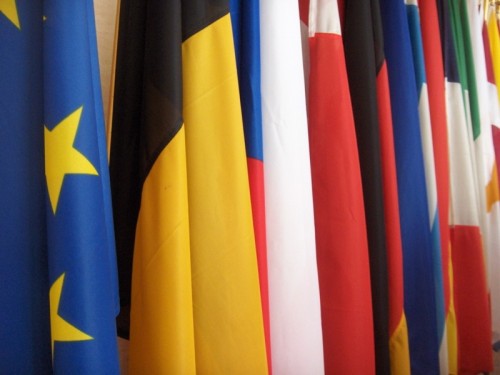 Just as the Scottish Independence Referendum had disastrous consequences for Labour, June’s EU poll could hit the Tories too, say researchers from the British Election Study.

Professor Ed Fieldhouse and Dr Chris Prosser, from The University of Manchester say an indecisive vote to Remain could force many Leavers to reconsider their party allegiance.

The Conservatives, as the party supported by the largest number of leave voters according to the 2015 BES cross sectional survey, would be the biggest losers and UKIP the most likely beneficiaries of any backlash.

The academics today unveil new research showing how the Scottish Independence referendum precipitated a shift in allegiances from Labour to the SNP, culminating in Labour’s General Election meltdown in Scotland.

They identify a dramatic change after the September 2014 referendum, when 70 per cent percent of Yes voters intended to vote SNP; just 10% chose Labour.

Only 30% of Labour supporters from February 2014 who ended up voting SNP still identified with Labour in May 2015, compared to 80% at the outset.

Though there are differences between the EU and Scotland, this does not mean that UKIP or other smaller parties may not stand to benefit if Eurosceptic voters become disillusioned with the parties that predominantly campaign to remain.

By March 2015 almost 90% of yes voters intended to vote SNP, increasing slightly to just over 90% at the General Election, according to the BES post-election probability sample survey.

Professor Fieldhouse said: “Though this research is specifically about the impact of the Independence Referendum on the British party system, it demonstrates the danger of a potentially realigning event to an established party.

“It is part of a narrative to be published by Oxford University Press next year in the British Election Study book.

“The book will be about the role of political events and shocks in explaining electoral change, so it is interesting to speculate about possible lessons for the EU referendum.”

Dr Prosser said: “In Scotland, ‘Yes’ voters simply could not reconcile a Labour vote with the position they had taken on the referendum.

“Voting in favour of independence directly lead to an increase in the probability of voting SNP in the General election amongst former Labour voters.”

The academics warn, however, of crucial differences between the Scottish Referendum and the EU Referendum.

Britain’s relationship with Europe, they argue does not have the same importance to voters, as Independence has to many Scottish voters. And the SNP were already established as the largest party in the Scottish Parliament.

In addition, the Conservative party is split over the EU, with prominent figures in the leave campaign, and so may not be so tainted in the eyes of Eurosceptics as Labour were by opposing Scottish independence.

Professor Fieldhouse added: “Though there are differences between the EU and Scotland, this does not mean that UKIP or other smaller parties may not stand to benefit if Eurosceptic voters become disillusioned with the parties that predominantly campaign to remain.

“The more acrimonious the campaign, and the more voters get involved, the stronger this effect might be.”

The blog ‘When attitudes and behaviour collide: how a referendum can upset the party system’, is available for download

Professor Fieldhouse and Dr Prosser are available for interview