Repeated experiences of racism most damaging to mental health 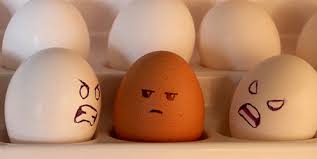 New research by University of Manchester academics has revealed for the first time how harmful repeated racial discrimination can be on mental and physical health.

Several studies have already linked racial discrimination to poor mental and physical health but no study has ever studied the impact numerous attacks over time have on a person’s mental health.

The study, published by Dr Laia Becares and colleagues in the American Journal of Public Health, was looking at the accumulation of experiences of racial attacks over time including being shouted at, being physically attacked, avoiding a place, or feeling unsafe because of one’s ethnicity.

Dr Becares, Research Fellow in the University’s School of Social Sciences and in the Centre on Dynamics of Ethnicity, said: “Studies that assess the association between racial discrimination and health, or examine exposure at a certain point in time, underestimate the harm of racial discrimination on the mental health of ethnic minority people and its contribution to ethnic inequalities in health.”

In this research increased mental health problems were shown to be significantly higher among racial minorities who’d experienced repeated incidents of racial discrimination, when compared to ethnic minorities who did not report any experience of racism.

The study also found it was the fear of avoiding spaces and feeling unsafe due to racial discrimination that had the biggest cumulative effect on the mental health of ethnic minorities.

The research used the ethnicity sample of Understanding Society which is a dataset used to examine research questions with participants over time – this allowed the researchers to add up all experiences of racial discrimination that people have experienced across five years to find out whether these were associated with changes in mental health.

Dr Becares added: “Our research highlights just how harmful racial discrimination is for the health of ethnic minorities. We see how it the more racism ethnic minority people experience, the more psychological distress they suffer from. This is important in light of the documented increase of racist attacks after Brexit.”

£1 million raised for University’s Coronavirus Hardship fund
Graphene and 2D materials could move electronics beyond ‘Moore’s Law’
New tool computes risk of getting COVID-19
Prof Paul Henley's book is published in French
Writing the Pandemic: Manchester's young voices
Black Lives Matter and our University – a message from Professor Nalin Thakkar
Some modules are disabled because cookies are declined. Accept cookies to experience the full functionality of this page.
ACCEPT COOKIES
We use cookies to optimize the website, no personal information is stored. Learn more
DECLINE COOKIES ACCEPT COOKIES