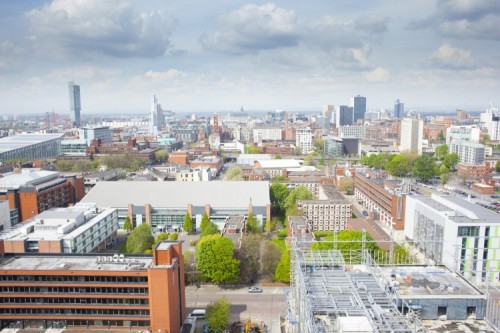 Greater Manchester performs well compared with other major cities outside London economically but despite this still too many people are out of employment or badly paid according to academics at The University of Manchester.

Researchers have analysed a set of ‘inclusive growth indicators’ which, for the first time, combine statistics about economic growth and prosperity with statistics about low incomes, labour market exclusion and living costs.

The analysis shows that on economic prosperity measures, Greater Manchester generally has slightly better scores than the average for other core cities. Since the recession it has also improved on measures such as job density and levels of intermediate and high skills. More people are also working in higher level occupations.

But Greater Manchester scored less well than the average for other core cities on economic inclusion, with comparatively lower employment rates and high levels of economic inactivity. Low wages remain a continuing challenge.

Greater Manchester faces continuing challenges in making sure that economic growth leads to reductions in unemployment and economic inactivity and improvements in pay at the bottom end of the labour market, and that the benefits are felt across the conurbation and not just in the city centre or wealthy suburbs

Dr Anthony Rafferty, lead author of the report, said “Improvements in the Greater Manchester economy have not been shared enough in their benefits to narrow the economic inactivity gap to the other core city region average. For those in paid work, despite some modest signs of improvement, a high incidence of low waged employment remains a continuing challenge to greater inclusion in the prosperity created by the local economy.

“On the plus side, GM has had relative improvements on the fuel poverty and unemployment indicators, but there has also been a decline in rental affordability with prices increasing above the core city average and now approaching the English national average.”

The work also highlights the different challenges faced by local authorities within Greater Manchester. Manchester and Salford have high economic output and jobs available for the size of population, but also a high level of labour market exclusion, suggesting that some of the city’s residential communities remain disconnected from the benefits of economic growth.

Local authorities outside the city centre including Oldham, Rochdale, Wigan, Tameside and Bolton face ongoing challenges with low economic output and job availability. A lack of affordable housing furthermore puts many of the residential areas in other local authorities scoring more highly in terms of both social inclusion and prosperity beyond the reach of most people in Greater Manchester.

Professor Ruth Lupton, Head of the Inclusive Growth Analysis Unit said: “It is increasingly recognised that economic growth does not necessarily 'trickle down' to the least advantaged people and communities, so it is really important to monitor inclusion alongside growth.

“Greater Manchester faces continuing challenges in making sure that economic growth leads to reductions in unemployment and economic inactivity and improvements in pay at the bottom end of the labour market, and that the benefits are felt across the conurbation and not just in the city centre or wealthy suburbs. These indicators provide a benchmark against which to measure progress”.