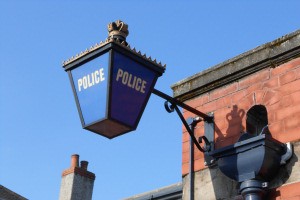 Who young people hang out with, and what they have done in the past, is consistently more important than their recent offending in explaining why the police stop-and-search them.

Dr Juanjo Medina, a criminologist from The University of Manchester, also says being black has a stronger impact on the probability of being approached than the frequency and severity of offending.

And according to Dr Medina, ‘Intelligence’ products, such as the databases of gang members and associates are likely to make the problem worse.

He calls for the police to include the location of stop-and-searches in crime maps published on the Police.Uk website.

Dr Medina studied factors that affect the likelihood of police-initiated contacts using data from the 2005 and 2006 waves of the Offending Crime and Justice Survey.

His study is published in the journal Policing and Society.

He said: “Stop-and-search and similar police powers have a long controversial history in England and Wales.

“Data from England and Wales in 2009/2010, for example, suggest that Asian people are more than twice as likely and black people nearly seven times more likely to be searched than white people.

“But our findings suggest that even when we control for other socio-demographic factors, self-reported illegal behaviour, area characteristics and degree of street presence, ethnicity still matters.

“This partly explains why young people continue to be over-policed and their interests under-represented in policing.”

Dr Medina also argues for better transparency on stop-and-search data:
He said: “There is no good reason for the police to leave out the location of stop and searches in the crime maps of the Police.Uk website.

“This would allow for greater democratic accountability and public monitoring of the way these powers are used. This is at the heart of the ongoing lawsuit against NYPD”

He added: “‘Intelligence’ products, such as the databases of gang members and associates that have started to penetrate British policing practice and are subject to little quality or legal control.

“These are likely to magnify the disparate treatment of those that have offended in the past or happen to be friends or family members of individuals engaged in offending and known to the police.

“Our findings here suggest the need to better regulate these intelligence practices and products.”

Dr Medina is available for interview

The paper Police-initiated contacts: young people, ethnicity, and the ‘usual suspects’, published in the journal Policing and Society is available on request.