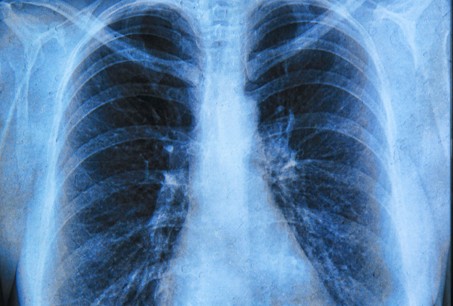 Research in Manchester has identified mutations in lung cancer that is key to tumour growth, offering a new way to differentiate and treat some patients with the disease.

Non-small cell lung cancer (NSCLC) makes up around 8 in 10 cases of lung cancer but the outlook is bleak for many patients, who are often diagnosed at a late stage. For some there is the promise of targeted ‘smart’ drugs, but scientists have so far struggled to identify which targets to hit in the majority of patients.

Despite an ever-increasing amount of genetic data revealing a host of mutations in NSCLC cells, there is much work to do in order to pinpoint which are vital for tumour survival.

The team from the Cancer Research UK Manchester Institute at The University of Manchester has focused on a pair of genes known as ABL1 and ABL2, which are mutated or amplified in up to 10% of lung cancer cases.

Dr John Brognard, who led the study, said: “Drugs that block the activity of the ABL proteins have been used to successfully treat leukaemia patients, where ABL is overactive. However, until now, the role of ABL1 and ABL2 in other cancer types hasn’t really been explored.”

Drugs like imatinib are already commercially available. This means that we now have an extra ready-made tool for the treatment of lung cancer – we just need to identify which patients will benefit by doing some additional tests

His group looked at lung cancer cells in the lab and showed that mutations in ABL1, but not ABL2, were necessary for their survival. By using an ABL inhibitor – imatinib – they could block tumour growth in cancer cells that harboured an ABL1 mutation.

“Drugs like imatinib are already commercially available. This means that we now have an extra ready-made tool for the treatment of lung cancer – we just need to identify which patients will benefit by doing some additional tests,” added Dr Brognard.