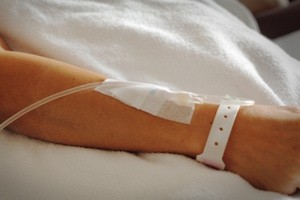 The NHS could achieve up to twice as much with the resources that the Government plans to spend introducing a full seven day service in the NHS in England, according to new research from The University of Manchester.

Health economists, working with colleagues at the University of York, have used official data to suggest an extra 5,353 deaths each year occur when people are admitted to hospital at the weekend rather than mid-week, but that the £1.43 billion cost of removing this risk would be better spent on other priorities.

Despite a seven day health service being a major priority, few studies have analysed the costs and benefits of implementing this provision fully.  It is known that compared to midweek emergency admissions, patients who are hospitalised on a Saturday are 11% more likely to die and 16% more likely to die when admitted on a Sunday.

Part of the reason is thought to be the reduced availability of senior clinical staff at weekends.

Professor Matt Sutton, from The University of Manchester’s Institute of Population Health led the study.  He said: “Our estimates show the cost of implementing seven day services in this part of the NHS could be more than double what the official guidance recommends.

“These are likely to be over-estimates. It is highly unlikely that all additional risk to patients would be eliminated and moving consultants and other resources from some days may just move the problem to a different point in the week. Recruiting and training more senior staff will add to costs significantly.”

The estimates were based on mortality figures within 30 days of admission between 1 April 2010 and 31 March 2011.  Cost estimates were benchmarked against the National Institute of Health and Care Excellence (NICE) standard, which recommends a maximum spend of £20,000 per quality-adjusted life year gained by making a change to a service.

Quality-adjusted life years (QALYs) are a measure of the quality and quantity of life gained which are used to evaluate the cost-effectiveness of healthcare interventions. The most which could be spent under NICE guidelines to gain the estimated 36,539 QALYs would be £831m, almost half the amount that the NHS has estimated that seven day services will cost to implement.

The researchers suggest that more work needs to be done to identify smaller scale changes that might be cost-effective. For example, the additional weekend risk for renal failure is 37%, but for pneumonia it is zero.

Rachel Meacock, the lead author, said: “Funders of healthcare need to make decisions as to where money goes so that it can do most good. The figures we’ve produced in this research would indicate that a blanket approach to removing the risk of weekends might not be the most effective way for the NHS to spend almost £1.5 billion.”

The paper, ‘What are the costs and benefits of providing comprehensive seven-day services for emergency hospital admissions?’ appeared in the journal Health Economics.

The research was funded by The National Institute for Health Research Health Services and Delivery Research (NIHR HS&DR) programme (project number 12/128/48). The views and opinions expressed are those of the authors and do not necessarily reflect those of the HS&DR programme, NIHR, NHS or the Department of Health.

Watch the video below for more on how Professor Sutton and his team work on NHS budgets.

1. The National Institute for Health Research Health Services and Delivery Research (NIHR HS&DR) Programme was established to fund a broad range of research. It builds on the strengths and contributions of two NIHR research programmes: the Health Services Research (HSR) programme and the Service Delivery and Organisation (SDO) programme, which merged in January 2012. The programme aims to produce rigorous and relevant evidence on the quality, access and organisation of health services, including costs and outcomes. The programme will enhance the strategic focus on research that matters to the NHS. The HS&DR Programme is funded by the NIHR with specific contributions from the CSO in Scotland, NISCHR in Wales and the HSC R&D Division, Public Health Agency in Northern Ireland. www.nets.nihr.ac.uk/programmes/hsdr

2. The National Institute for Health Research (NIHR) is funded by the Department of Health to improve the health and wealth of the nation through research. Since its establishment in April 2006, the NIHR has transformed research in the NHS. It has increased the volume of applied health research for the benefit of patients and the public, driven faster translation of basic science discoveries into tangible benefits for patients and the economy, and developed and supported the people who conduct and contribute to applied health research. The NIHR plays a key role in the Government’s strategy for economic growth, attracting investment by the life-sciences industries through its world-class infrastructure for health research. Together, the NIHR people, programmes, centres of excellence and systems represent the most integrated health research system in the world. For further information, visit the NIHR website (www.nihr.ac.uk).

This article presents independent research funded by the National Institute for Health Research (NIHR). The views expressed are those of the author(s) and not necessarily those of the NHS, the NIHR or the Department of Health.