Roles, responsibilities and capacities: Theorizing space, social practice, and the relational constitution of energy demand in and beyond Manchester
Newsroom

Roles, responsibilities and capacities: Theorizing space, social practice, and the relational constitution of energy demand in and beyond Manchester 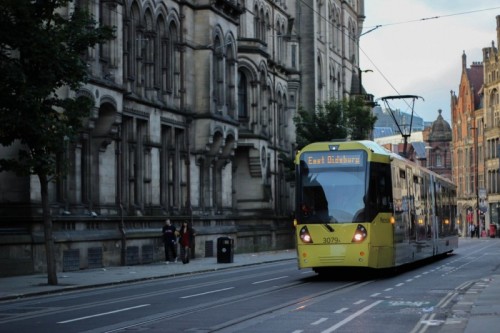 Urban energy transitions have increasingly formed a central topic of research over the past two decades. This is, in part, because ‘modern urbanised societies are massively dependent on energy’ - cities are understood to account for close to ‘75% of global carbon dioxide emissions and 75% of energy consumption’.

It is also because cities are understood to form ‘strategic vehicles’ and ‘critical stakeholders in the development of responses to climate change’, with local authorities, organisations, communities and activism groups involved in managing and/or trying to steer systems of provision (for example transport, electricity, waste, etc), patterns of consumption (for example to do with travel, land use, heating) and climate action (for example through localised policies and direct action). Scholars from various disciplines and research traditions have accordingly sought to examine the socio-technical dynamics of urban energy transitions.

To date, a present and future-oriented interest in transitions in context and in action permeates much urban energy transitions research. Less attention has been paid to how cities become demanding and challenging sites over time. This being the case, understanding how energy demand is made in cities offers fresh opportunities to reveal the ‘multiple spatio-temporal rhythms of transitions’ and possibilities to (re)design programmes of mitigation. These suggestions are premised on the idea that ‘spatially-engaged energy research can make step-change contributions to understand the global energy challenge’.

In a new journal article Dr Torik Holmes introduces a novel relational-space-inspired approach apt for exploring and helping to explain how cities become demanding sites over time. This approach takes inspiration from Hui and Walker’s practice-based work concerning the spatial dimensions of energy demand and Massey’s relational conceptualisation of space.

The approach sees the spatial constitution of energy demand in cities treated as emergent of multiple intersecting practices that combine and react unevenly over time, helping to shape socio-material patterns of consumption and supply. ‘The language of “spatial constitution” pushes beyond the mere fact of absolute location’ and toward an examination of ‘how a variety of spatial relations make a difference to [the] form, structure and function’ of cities and energy demand therein. Dr Holmes argues that examining the spatial constitution of energy demand in cities affords new opportunities to reveal the ‘power-geometries’ of demanding spaces in the making. In turn, further opportunities are afforded to (re)evaluate the roles, responsibilities and capacities of different actors and the effects of specific practice and policy combinations that do not necessarily support urban decarbonisation transitions.

A new set of ideas

By reviewing literature connected with the study of urban energy transitions he shows that the spatial constitution of demand in cities over time remains a relatively neglected area of study. In response, he introduces a set of ideas that inform a relational-space-inspired approach useful for examining the spatial constitution of demand. Consequently the approach and research undertaken are discussed, which help reveal how, where and when demand is made in cities.