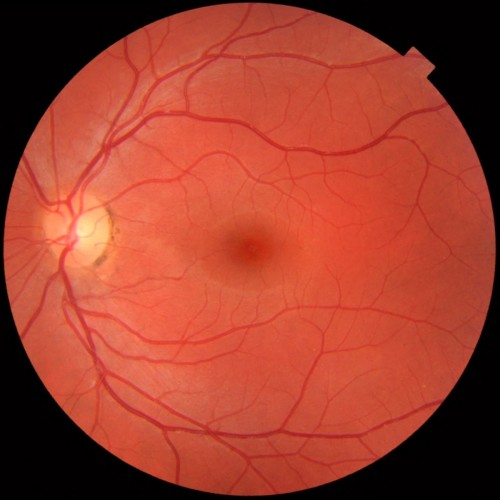 A team led by Rob Lucas, GSK Professor of Neuroscience, carried out the pioneering research which may help sufferers of retinitis pigmentosa, a group of inherited eye disorders.

The treatment works by expressing a light sensitive human protein called rod opsin into the undamaged cells of the retina, so that it will turn them into special cells called photoreceptors which enable sight.

It was trialled on mice who had inherited advanced retinal degeneration and so were essentially blind.

The mice were able to distinguish flickering from steady light as well as spatial patterns and a ‘natural movie’ – an advance on attempts to combat the disorders using non-human proteins.

Retinitis Pigmentosa is a leading cause of blindness worldwide: 1.5 million people worldwide are thought to be currently affected.

We aim to find ways of restoring photosensitivity to the retina in conditions such as retinitis pigmentosa in which loss of rod and cone photoreceptors lead to blindness.

Using a human protein, says Professor Lucas, is as advantageous as it is less harmful and easy to produce.

Professor Lucas said: “We aim to find ways of restoring photosensitivity to the retina in conditions such as retinitis pigmentosa in which loss of rod and cone photoreceptors lead to blindness.

“Other researchers have also had some success using other sorts of light protein, but these generally require much brighter light beyond what we generally experience.”

Professor Lucas' paper was published in the journal Science Biology.