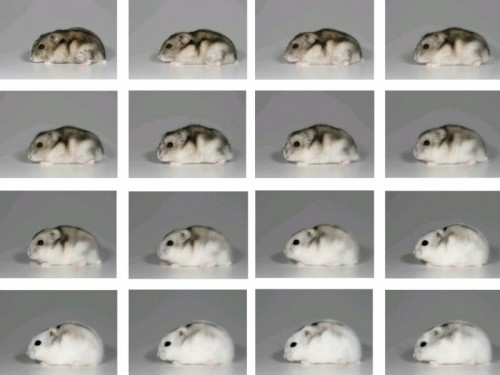 Scientists have discovered the cells driving the annual body clock in animals which adapts their body to the changing seasons.

The BBSRC team from The Universities of Manchester and Edinburgh reveal that cells in a structure called the ‘pars tuberalis’- which is situated in the pituitary gland – there are specialised cells that respond according how much daylight there is, providing an internal genetic calendar for the animal.

The activity of these “calendar cells” changes dramatically over the year, with different proteins produced in winter or summer months. The switching between proteins in calendar cells is what drives the seasonal cycle in sheep and other mammals.

The findings, published in the journal Current Biology, advance our understanding of how the environment affects animals – but could also be relevant to humans.

Lead Author Professor Andrew Loudon from The University of Manchester said: “Scientists have long puzzled over how many animals seem to change their physiology according to the seasons.

“Animals need to change their physiology to predict the changing environment and increase their chances for survival.

“For example, some animals hibernate through the winter and others, including sheep, will time mating to the winter so they can give birth in the spring – when more food is available.

“Now we have a much stronger understanding about how the body’s so-called circannual clock regulates this process.”

The study took three years to complete and involved analysis of how sheep respond to seasonal changes in daylength.

Dr Shona Wood, Research Associate from The University of Manchester said: “A similar structure can be found in most animals - including humans.

“Scientists once believed that humans did not show seasonal adaptations, but more recent research has found that this may not be the case and in fact there is seasonal variation in protection against infectious disease.

“Our study gives more increases our understanding of how this may work.

Professor Dave Burt from Edinburgh said: "The seasonal clock found in sheep is likely to be the same in all vertebrates, or at least, contains the same parts list. The next step is to understand how our cells record the passage of time ."