People who come to hospital after self-harm are unlikely to be helped by the use of risk scales when they see mental health staff, according to new research published in the British Journal of Psychiatry.

The study, led by Professor Nav Kapur from The University of Manchester and funded by a NIHR Programme Grant for Applied Research (PGfAR), casts a critical light on the use of risk scales as part of assessments for people with self-injury or self-poisoning, a major problem in the UK.

Risk scales, they find, are no better at identifying who will go on to self-harm again than asking a clinician or patient a single question about how likely they think a repeat episode is to occur.

Good quality assessment and treatment of people who present to hospital after taking an overdose or injuring themselves is a core part of clinical practice and can help reduce risk of repeat self-harm and even suicide.

Clinical checklists or scales to predict risk are more controversial but they remain in widespread use.

Scales typically collect information on a range of risk factors such as age, sex, previous self-harm, psychiatric treatment, and the method of injury.

The research team investigated the use of risk scales in actual practice: several widely used scales were compared to patient and clinician estimates of risk. 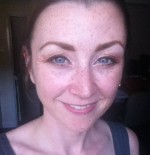 Our earlier research showed that scales are widely used in hospital services despite controversies over their use. This study provides robust evidence that they have limited clinical utility following self-harm and are probably unhelpful.

However, the researchers concluded that even clinician and patient ratings of risk were not good enough to be used in practice because they would miss nearly 20% of repeat episodes and over half of people identified as being at high risk, would not go on to repeat self-harm.

Dr Leah Quinlivan, the project manager and main researcher on the project explained: “Our earlier research showed that scales are widely used in hospital services despite controversies over their use. This study provides robust evidence that they have limited clinical utility following self-harm and are probably unhelpful. The use of scales in assessments may actually damage the potential for the patient and clinician to collaboratively assess the risk of future self-harm and determine appropriate care plans.”

Professor Kapur added: “The NICE guideline on the longer-term management of self-harm is clear. It suggests that risk scales should not be used to predict risk of repeat self-harm or determine patient management. Our previous work suggested services across the country were not following this guidance. This study confirms that the notion of risk assessment as risk prediction is a fallacy. Instead of being preoccupied with scores on a scale we should be focussing on doing the simple things well and providing high quality care.”