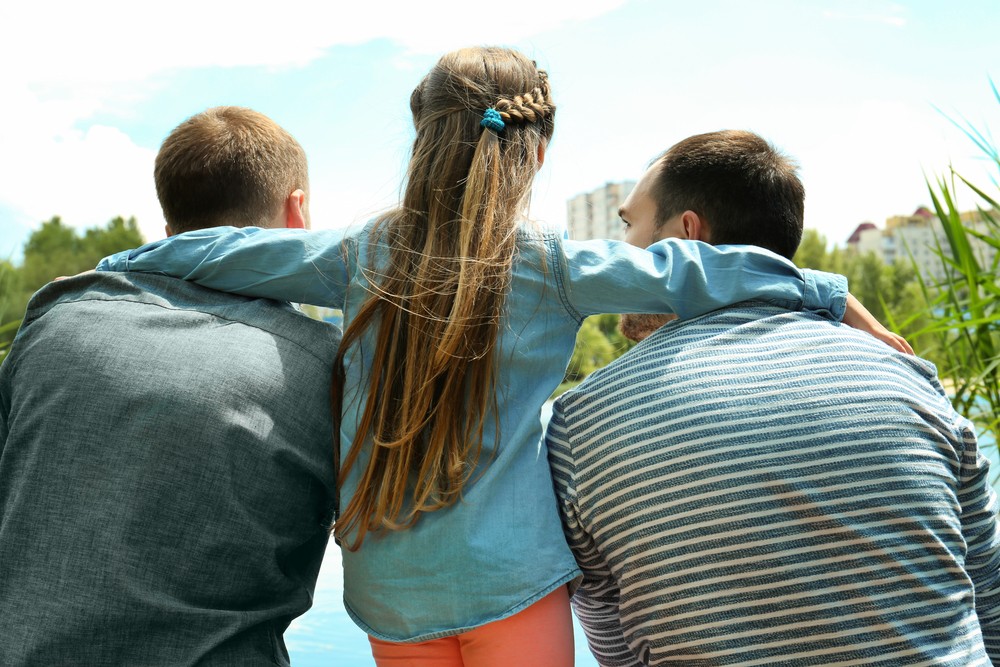 Shared parental leave gives eligible parents flexibility to split up to 50 weeks of leave after having a child, or within one year of adopting a child. They can also receive statutory pay for 37 weeks of that time, of ￡145.18. It replaces any untaken maternity leave – after the first period of up to four weeks which are compulsory – and is in addition to the fathers’ right to take two weeks of paternity leave.

Reports since the introduction of shared parental leave in 2016 have tended to focus on the small number of fathers taking it up, suggested to be around 2%. But the entitlement offers real possibilities for new parents in all types of family set up.

Rob and Richard, the two dads featured in the government’s video and whose experiences are further explored in an article in Gay Times, are a case in point. They are adoptive parents who both took shared parental leave.

When adopting as part of a couple, parents have to choose who will be the primary adopter. This parent is entitled to adoption leave, similar to maternity leave. However, adoption is not the same as giving birth. For a start, the primary adopter does not require birth recovery time. And while there are plenty of demands on all new parents, adoption can involve a very unique set of challenges.

As Richard highlights in the video, the very early period of adoption is primarily taken up with introductions. This means that for someone taking the traditional two-week paternity leave, it leaves insufficient bonding time.

Time to become a father

Reliable statistics that break down the take up of shared parental leave by family type or gender identity do not exist. But so far, debates around shared parental leave have mainly focused on heterosexual fathers and whether they want, or are allowed, to take leave. The implication is that mothers “gatekeep” or are unwilling to give up “their” leave and that at the same time, workplaces, families and friends can’t see men as anything other than breadwinners.

But in some family situations, shared parental leave can make a huge and important difference. Our recent research with a range of fathers has highlighted a number of concerns regarding eligibility, low pay, and what a system of transferred maternity leave implies to new dads – positioning them as secondary parents.

Our research also shed light on the great enthusiasm with which men spoke of their time on leave. “Just do it” was the overwhelming message they had for other dads.

Higher numbers of fathers sharing care has the potential to redress the gender pay gap. The fathers we interviewed gave compelling examples of how shared parental leave had benefited their partners’ careers, as well as promoting “involved fatherhood”. However, one thing that stood out to us was how the leave had helped couples to build their new family unit.

Read more: Why flexible working is key if shared parental leave is to have a lasting impact on the gender pay gap

Fathers discussed developing “empathy”, “shared understandings” and feeling “closer together” with their partner. They developed common understandings of the highs and lows of being a new parent.

For adoptive families, who are suddenly given responsibility for one or more children, this shared understanding can be very important. According to adoption data from 2017, the majority of children waiting to be adopted were two years or older and in sibling groups of two or more. Adopting can be a steep learning curve.

The next step is to make shared parental leave more widely available. The TUC notes that around 40% of working fathers are not eligible for it.

The MP Tracy Brabin is leading the fight to extend leave to self-employed and agency workers, and make it an entitlement from the first day a person starts a job. Unlike maternity leave, fathers are currently not eligible for paternity or other types of parental leave from their first day of employment – they need to have banked at least 26 weeks with their current employer.

A recent report by MPs on the Women and Equalities Select Committee suggested replacing shared parental leave with an extra 12 weeks of better rewarded paternity leave.

For adoptive parents, an extension to paternity leave would surely be welcomed, yet not at the expense of shared parental leave, which allows up to 50 weeks to be shared. Parents can choose to take up to six months together, or share periods of leave. Either could work well for adoptive parents, particularly with older children.

The government’s new video will hopefully encourage people to look beyond the take-up of parental leave in the traditional set up of two biological heterosexual parents. Although shared parental leave may be flawed in parts, it provides an important first step towards allowing eligible families greater choice in the first year of care.