Should we engineer the climate? A social scientist and natural scientist discuss
Newsroom 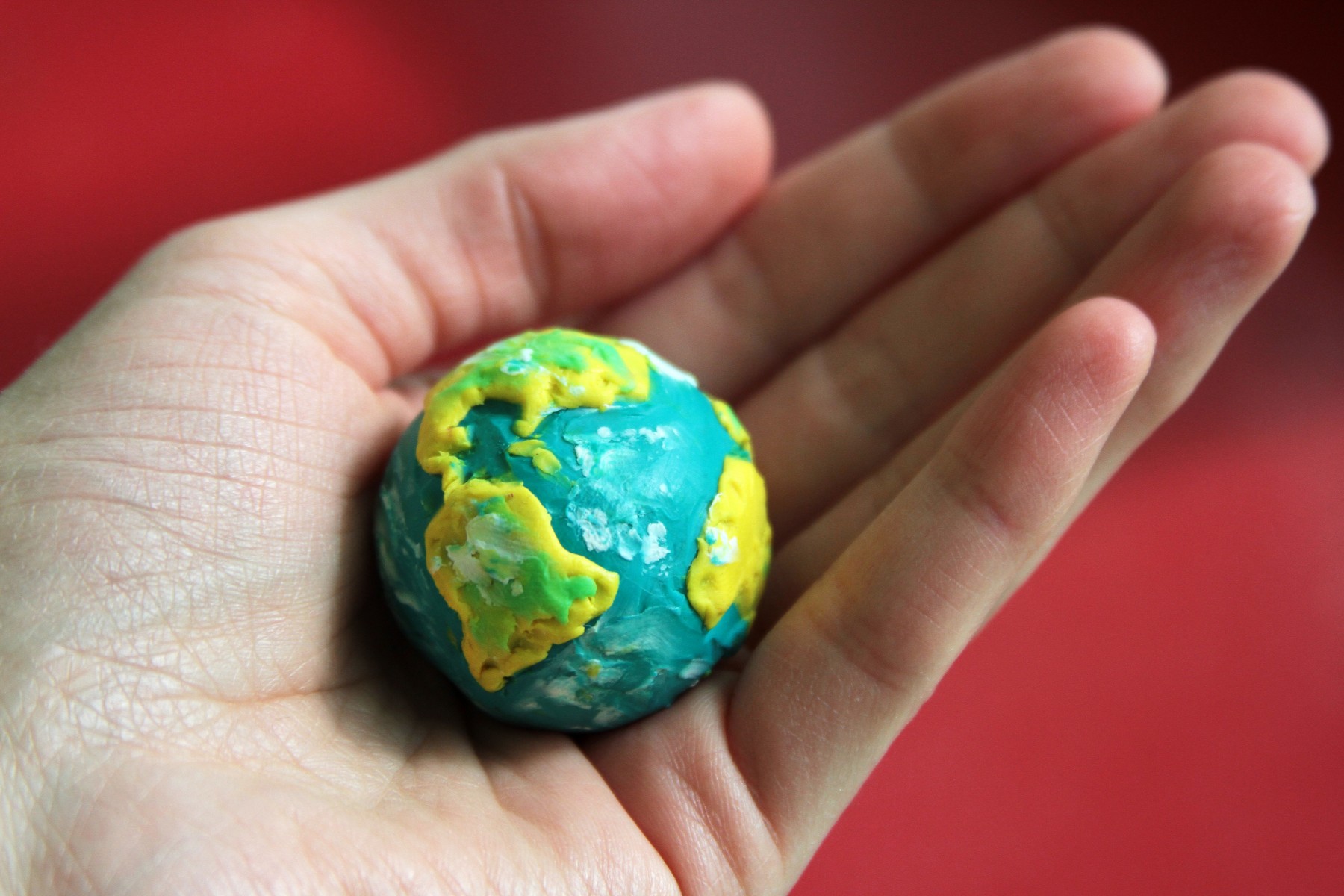 This is an article from Head to Head, a series in which academics from different disciplines chew over current debates.

Rob Bellamy: 2018 has been a year of unprecedented weather extremes around the world. From the hottest temperatures ever recorded in Japan to the largest wildfire in the history of California, the frequency and intensity of such events have been made much more likely by human-induced climate change. They form part of a longer-term trend – observed in the past and projected into the future – that may soon make nations desperate enough to consider engineering the world’s climate deliberately in order to counteract the risks of climate change.

Indeed, the spectre of climate engineering hung heavily over the recent United Nations climate conference in Katowice, COP24, having featured in several side events as negotiators agreed on how to implement the landmark 2015 Paris Agreement, but left many worried that it does not go far enough.

Matt Watson: Climate engineering – or geoengineering – is the purposeful intervention into the climate system to reduce the worst side effects of climate change. There are two broad types of engineering, greenhouse gas removal (GGR) and solar radiation management (or SRM). GGR focuses on removing anthropogenically emitted gases from the atmosphere, directly reducing the greenhouse effect. SRM, meanwhile, is the label given to a diverse mix of large-scale technology ideas for reflecting sunlight away from the Earth, thereby cooling it.

RB: It’s increasingly looking like we may have to rely on a combination of such technologies in facing climate change. The authors of the recent IPCC report concluded that it is possible to limit global warming to no more than 1.5°C, but every single one of the pathways they envisaged that are consistent with this goal require the use of greenhouse gas removal, often on a vast scale. While these technologies vary in their levels of maturity, none are ready to be deployed yet – either for technical or social reasons or both.

If efforts to reduce greenhouse gas emissions by transitioning away from fossil fuels fail, or greenhouse gas removal technologies are not researched and deployed quickly enough, faster-acting SRM ideas may be needed to avoid so-called “climate emergencies”.

SRM ideas include installing mirrors in Earth’s orbit, growing crops that have been genetically modified to make them lighter, painting urban areas white, spraying clouds with salt to make them brighter, and paving mirrors over desert areas – all to reflect sunlight away. But by far the best known idea – and that which has, rightly or wrongly, received the most attention by natural and social scientists alike – is injecting reflective particles, such as sulphate aerosols, into the stratosphere, otherwise known as “stratospheric aerosol injection” or SAI.

MW: Despite researching it, I do not feel particularly positive about SRM (very few people do). But our direction of travel is towards a world where climate change will have significant impacts, particularly on those most vulnerable. If you accept the scientific evidence, it’s hard to argue against options that might reduce those impacts, no matter how extreme they appear.

Do you remember the film 127 Hours? It tells the (true) story of a young climber who, pinned under a boulder in the middle of nowhere, eventually ends up amputating his arm, without anaesthetic, with a pen knife. In the end, he had little choice. Circumstances dictate decisions. So if you believe climate change is going to be severe, you have no option but to research the options (I am not advocating deployment) as broadly as possible. Because there may well come a point in the future where it would be immoral not to intervene.

SRM using stratospheric aerosols has many potential issues but does have a comparison in nature – active volcanism – which can partially inform us about the scientific challenges, such as the dynamic response of the stratosphere. Very little research is currently being conducted, due to a challenging funding landscape. What is being done is at small scale (financially), is linked to other, more benign ideas, or is privately funded. This is hardly ideal.

RB: But SAI is a particularly divisive idea for a reason. For example, as well as threatening to disrupt regional weather patterns, it, and the related idea of brightening clouds at sea, would require regular “top-ups” to maintain cooling effects. Because of this, both methods would suffer from the risk of a “termination effect”: where any cessation of cooling would result in a sudden rise in global temperature in line with the level of greenhouse gases in the atmosphere. If we hadn’t been reducing our greenhouse gas emissions in the background, this could be a very sharp rise indeed.

Read more: Time is running out on climate change, but geoengineering has dangers of its own

Such ideas also raise concerns about governance. What if one powerful actor – be it a nation or a wealthy individual – could change the global climate at a whim? And even if there were an international programme, how could meaningful consent be obtained from those who would be affected by the technology? That’s everybody on Earth. What if some nations were harmed by the aerosol injections of others? Attributing liability would be greatly contentious in a world where you can no longer disentangle natural from artificial.

And who could be trusted to deliver such a programme? Your experience with the SPICE (Stratospheric Particle Injection for Climate Engineering) project shows that people are wary of private interests. There, it was concerns about a patent application that in part led to the scientists calling off a test of delivery hardware for SAI that would have seen the injection of water 1km above the ground via a pipe and tethered balloon.

MW: The technological risks, while vitally important, are not insurmountable. While non-trivial, there are existing technologies that could deliver material to the stratosphere.

Most researchers agree that the socio-political risks, such as you outline, outweigh the technological risks. One researcher remarked at a Royal Society meeting, in 2010: “We know that governments have failed to combat climate change, what are the chances of them safely implementing a less-optimal solution?”. This is a hard question to answer well. But in my experience, opponents to research never consider the risk of not researching these ideas.

The SPICE project is an example where scientists and engineers took the decision to call off part of an experiment. Despite what was reported, we did this of our own volition. It annoyed me greatly when others, including those who purported to provide oversight, claimed victory for the experiment not going ahead. This belies the amount of soul searching we undertook. I’m proud of the decisions we made, essentially unsupported, and in most people’s eyes it has added to scientists’ credibility.

MW: Yes, I think it’s at least as likely that the threat of SAI would prompt “positive” behaviour, towards a sustainable, greener future, than a “negative” behaviour pattern where we assume technology, currently imaginary, will solve our problems (in fact our grandchildren’s problems, in 50 years time).

RB: That said, the risks of a moral hazard may not be the same for all climate engineering ideas, or even all SRM ideas. It’s a shame that the specific idea of stratospheric aerosol injection is so frequently conflated with its parent category of SRM and climate engineering more generally. This leads people to tar all climate engineering ideas with the same brush, which is to the detriment of many other ideas that have so far raised relatively fewer societal concerns, such as more reflective settlements or grasslands on the SRM side of things, or virtually the entire category of greenhouse gas removal ideas. So we risk throwing the baby out with the bathwater.

MW: I agree with this – somewhat. It’s certainly true all techniques should be given the same amount of scrutiny based on evidence. Some techniques, however, often look benign but aren’t. Modifying crops to make them more reflective, brightening clouds, even planting trees all have potentially profound impacts at scale. I disagree a little in as much as we simply don’t know enough yet to say which technologies have the potential to reduce the impacts of climate change safely. This means we do need to be thinking about all of these ideas, but objectively.

Anyone that passionately backs a particular technology concerns me. If it could be conclusively proven that SAI did more harm than good, then we should stop researching it. All serious researchers in SAI would accept that outcome, and many are actively looking for showstoppers.

RB: I agree. But at present there is very little demand for research into SRM from governments and wider society. This needs to be addressed. And we need broad societal involvement in defining the tools – and terms – of such research, and indeed in tackling climate change more broadly.

Read more: Why you need to get involved in the geoengineering debate – now

The question of governance

MW: Some people think that we should just be getting on with engineering the climate, whereas others feel even the idea of it should not even be discussed or researched. Most academics value governance, as a mechanism that allows freedom to explore ideas safely and there are very few serious researchers, if any, who push back against this.

A challenge, of course, is who governs the governors. There are strong feelings on both sides – scientists either must, or cannot, govern their own research, depending on your viewpoint. Personally, I’d like to see a broad, international body set up with the power to govern climate engineering research, especially when conducting outdoor experiments. And I think the hurdles to conducting these experiments should consider both the environmental and social impact, but should not be an impediment to safe, thoughtful research.

RB: There are more proposed frameworks for governance than you can shake a stick at. But there are two major problems with them. The first is that most of those frameworks treat all SRM ideas as though they were stratospheric aerosol injection, and call for international regulation. That might be fine for those technologies with risks that cross national boundaries, but for ideas like reflective settlements and grasslands, such heavy handed governance might not make sense. Such governance is also at odds with the bottom-up architecture of the Paris Agreement, which states that countries will make nationally determined efforts to tackle climate change.

Which leads us to the second problem: these frameworks have almost exclusively arisen from a very narrow set of viewpoints – either those of natural or social scientists. What we really need now is broad societal participation in defining what governance itself should look like.

MW: Yes. There are so many questions that need to be addressed. Who pays for delivery and development and, critically, any consequences? How is the global south enfranchised - they are least responsible, most vulnerable and, given current geopolitical frameworks, unlikely to have a strong say. What does climate engineering mean for our relationship with nature: will anything ever be “natural” again (whatever that is)?

All these questions must be considered against the situation where we continue to emit CO₂ and extant risks from climate change increase. That climate engineering is sub-optimal to a pristine, sustainably managed planet is hard to argue against. But we don’t live in such a world. And when considered against a +3°C world, I’d suggest the opposite is highly likely to be true.