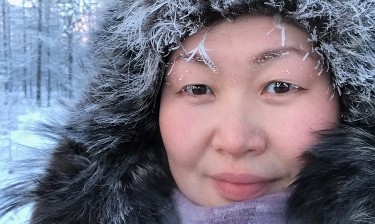 'Cosmological Visionaries’, in partnership with Kings College London (KCL), is a €6 million project that will explore what global environment initiatives of the future will look like by asking:

This six-year collaborative study will bring together anthropologists, ethnologists, historians and philosophers of science and ethics, religious studies experts, space and satellite researchers, indigenous leaders and environmental scientists to examine how climate change is managed at the ethnic borderlands of China and Russia.

It will be driven by two research teams, one in Russia led by Dr Ulturgasheva and one in China led by Dr Katherine Swancutt (KCL).

Dr Ulturgasheva said: “Scientists who collaborate with indigenous peoples can get more subtle data than when working alone.

"This feedback loop between scientists and indigenous peoples, advocating for each other, can enable religious leaders and scientists to translate shared findings into visions that everyone can commit to.”

Altogether, the ERC has awarded Synergy grants to 37 projects, involving 126 principal investigators who will carry out their projects at 95 universities and research centres in 20 countries across the European Research Area and beyond.

Worth €363 million in total, these special grants have been awarded to groups make up of two to four top researchers who can bring together complementary skills, knowledge and resources within one project.