Geoff Pearson, senior lecturer in Criminal Law, has been appointed as the new academic co-director of the N8 Policing Research Partnership.

The N8 Policing Research Partnership (N8 PRP) was established to enable and foster research collaborations that will help address the problems of policing in the 21st century and achieve international excellence in policing research.

Founded in 2013 as a platform for collaborations between Universities, police forces and partners across the North of England, the N8 PRP has been celebrated as a dynamic Northern Powerhouse in policing and research exchange. 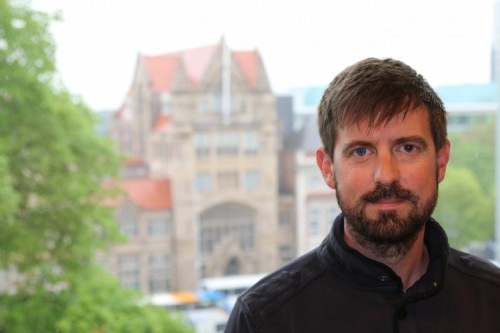 The partnership consists of eight research-intensive Universities based in the North of England, including the University of Manchester, as well as numerous police forces.

"As N8PRP moves to its next phase, my aim is to ensure the partnership continues to deliver opportunities for researchers in the N8 Universities and a rigorous evidence-base to help develop policy, strategy, and tactical responses for police forces across the North of England and beyond.” said Geoff Pearson.

The N8 PRP was created following unprecedented changes to policing, community safety, crime prevention and victim services throughout recent years. The partnership's scale will allow it to deliver a real impact through fostering cross-force collaborations.

Geoff has been involved with the N8 partnership for a number of years and has worked on N8 funded research projects including leading on the ENABLE project, which developed an understanding of effective policing responses to crowd events. Geoff will be working with a Policing Co-Director to lead the N8 Policing Research Partnership into its next phase.