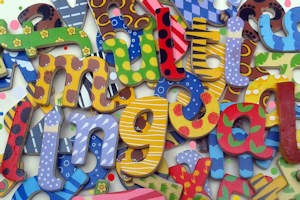 New research on schoolchildren shows the more languages they speak, the better they can speak them.

The School Language Survey,  a new method developed at the University of Manchester, was carried out by the University’s Multilingual Manchester project, led by Professor Yaron Matras.

According to Professor Matras, the survey has a powerful potential to change our understanding of the role of heritage languages in schools and communities.

Also according to the research, maintaining a home language has no adverse effect at all on children’s proficiency in English.

Pupils of minority and immigrant background who scored high on the proficiency test for their home language also showed high scores for English proficiency.

The team interviewed 531 children in two primary and two secondary schools in Manchester earlier this year.

Altogether 48 different languages were recorded, the most common being Urdu, Somali, Arabic, Bengali, Panjabi and Romani

Professor Matras said: “Our team has developed a new method of recording children’s home language skills that allows schools to obtain a more accurate picture of the children’s language repertoire”

Manchester is home to over 350 businesses that rely on staff language skills to serve customers worldwide.

Professor Matras added: “Our new method can identify language skills as an important economic resource that can help prepare the next generation workforce. It will also help identify a future generation of teachers and mediators to support the inclusion of pupils of minority and immigrant background.”

Others rely on community-run supplementary schools, and others on oral use of their language with family members.

The report Mapping Community Language Skills: The School Language Survey in Manchester is available on request and at http://mlm.humanities.manchester.ac.uk/SchoolLanguageSurvey.pdf