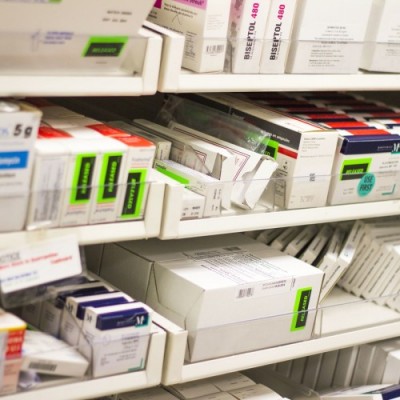 A period of intense debate about statins, covered widely in the mainstream media, was followed by a substantial rise in the proportion of people in the UK stopping taking the drug, according to a new study published in the BMJ.

Led by the London School of Hygiene & Tropical Medicine, supported by The University of Manchester and funded by the British Heart Foundation, the study by Anthony Matthews and colleagues is the first to attempt to quantify how the controversy questioning the risk-benefit balance for statins, reflected by the UK media, may have affected the use of the drug in primary care.

The researchers found no evidence that widespread media coverage of the debate was linked to changes in the proportion of newly eligible patients starting statins, but there was an increase in the likelihood of existing users stopping statin therapy.

Statins reduce the risk of cardiovascular disease (CVD) and are widely recommended as part of the prevention strategy for patients with a high recorded 10-year CVD risk score (primary prevention) and patients who have experienced a recent cardiovascular event such as a heart attack or stroke (secondary prevention). Severe side effects associated with statins are extremely rare, but questions over the frequency with which the drugs cause problematic symptoms, such as muscle pain and weakness, have been raised in the academic press and reported in the national media.

Using data from UK primary care records, the researchers calculated the proportion of patients initiating and stopping statins for primary and secondary CVD prevention each month from January 2011 - March 2015. They analysed the data to investigate changes in statin use following a period of intense media coverage of the public debate around statins from October 2013 to March 2014.

The researchers found an 11% and 12% increase of existing users stopping statins given for primary and secondary prevention respectively following the period of intense coverage. The increase appeared to be temporary, with the overall proportion stopping the drug returning to expected levels six months after the coverage. Older patients and those who had been taking statins for longer were more likely to stop therapy.

The analysis also revealed a marked decrease in the proportion of patients receiving a 10-year CVD risk score from their GP after the period of media coverage, which the researchers say suggests other important impacts on conversations between GPs and patients regarding general cardiovascular health.

Study author Dr Liam Smeeth from the London School of Hygiene & Tropical Medicine said: “Our findings suggest that widespread coverage of health stories in the mainstream media can have an important, real world impact on the behaviour of patients and doctors. This may have significant consequences for people’s health.

“It’s undoubtedly important that debates around health issues are reflected in the media, who play a key role in communicating public health advice. We have seen many other instances where health-related media coverage has had an impact on patient behaviour, sometimes in a positive way, such as increases in attendance for cancer screening after coverage of celebrities developing cancer.

“However, in the case of statins, we are concerned that widespread reporting of the debate has given disproportionate weight to a minority view about possible side effects. This has dented public confidence in a drug which most scientists and health professionals believe to be a safe and effective option against heart disease for the vast majority of patients.”

This study was made possible by accessing anonymised health records.  It is another powerful example of how data that already exists in the health service can be re-used for the purpose of research, enhancing our understanding of the factors that influence human health.

Professor Tjeerd van Staa from The University of Manchester’s Health eResearch Centre added: “This study was made possible by accessing anonymised health records. It is another powerful example of how data that already exists in the health service can be re-used for the purpose of research, enhancing our understanding of the factors that influence human health.”

Scaling their findings up to the UK population, the researchers estimated that, assuming the intense media coverage was the cause of the observed changes, it could have resulted in more than 200,000 patients across the UK stopping statin therapy in the six months following the exposure period.

Previous research suggests that up to two-thirds of patients who stop statins will restart within 12 months, but the remainder may have stopped permanently, losing any protection their statins conferred against cardiovascular disease.

The researchers then modelled the number of cardiovascular events (such as heart attack and stroke), that may have resulted from the changes, by combining the number of people thought to be affected with established estimates for the effectiveness of statins. Based on a number of assumptions, they estimated there would be at least 2,000 cardiovascular events over the next 10 years, which would not have occurred if these patients had continued taking statins.[2] The British Heart Foundation estimate that 188,000 hospital stays are attributable to heart attacks per year.

Dr Smeeth said: “Journalists are faced with the difficult task of reporting claims and counter claims when it comes to health research. While they are accountable for accurate, balanced and responsible reporting, scientists, journals and press offices are accountable for the accurate dissemination of research.

“Patients should have the most accurate information possible that reflects the balance of scientific evidence to enable them to make informed decisions about their health. People with concerns about statins, or who are thinking about making any important health decision, should always discuss this with their doctor.”

Professor Peter Weissberg, Medical Director at the British Heart Foundation, said: “There is no debate that patients who have suffered a heart attack or stroke should be taking statins to reduce their risk of another cardiovascular event. Evidence from numerous objective clinical trials also shows that statins are a safe and effective way of reducing risk of someone suffering a heart attack or stroke in the first place.

“It is absolutely vital that medical practice is guided by evidence, rather than strongly held personal opinions. This study shows that confidence in the evidence can be shaken by opinions published in the mainstream media and medical press and points to an important and complex relationship between doctors, patients and the media.

“No one should stop taking their statin without first discussing it with their GP.”

The authors acknowledge that their study cannot confirm that media coverage of the statins debate was the cause of the observed changes in the likelihood of stopping statins. If other external factors affecting prescribing rates coincided with the media coverage, this may have affected the study estimates. To try to rule this out they carried out two additional analyses, one using the same methods to look for changes in the use of drugs prescribed for glaucoma, and another looking at changes in statin prescribing exactly a year earlier when there was no notable media coverage. As expected, neither analyses showed associations, strengthening the researchers’ confidence in their methods and their main findings.

Impact of statin media coverage on the use of statins in the UK: an interrupted time series analysis using primary care data, BMJ. DOI: 10.1136/bmj.i3283