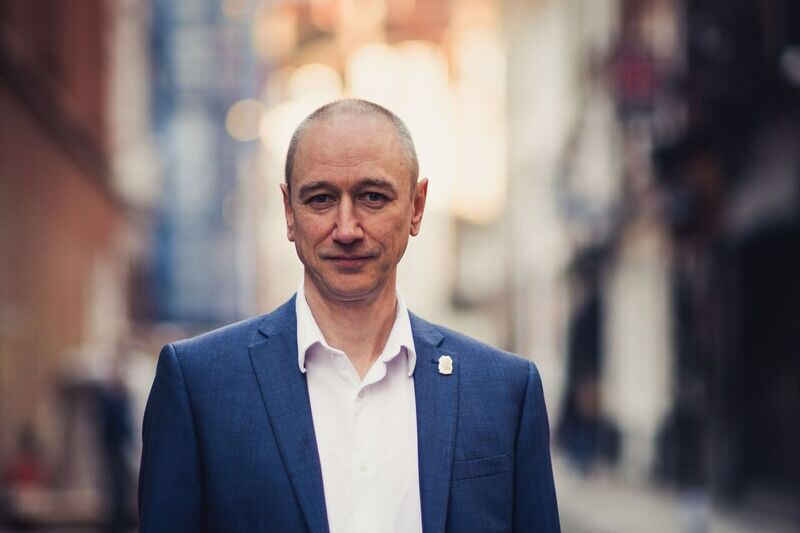 Former undercover drugs squad officer Neil Woods is to argue for regulation of street drugs at a University of Manchester event on 28 March. He writes here for UoM News

In the context of drugs, legalisation is a meaningless word. It is also a word which provokes a fearful response that should be reserved for reality. The reality is that we should genuinely be fearful of how far the status quo in drug policy will take us. As we witness record drug deaths and harms, child exploitation, a prison crisis and industrial scale hypocrisy, it’s time we feared the current trajectory.

I’m the chair of LEAP UK. Ours is a rapidly growing international organisation of law enforcement figures who campaign for drug law reform. Drugs are out of control. Gangsters decide what is in them, who they sell them to and how to use the profits. As police we want to get control of the situation. We don’t use the ‘L’ word, because what we advocate is regulation.

Language is important. In recent years police have shifted away from the idea that the drug war can be won. I doubt you would find a single police officer that would claim that it is in any way possible to impact on drug policy with policing. So, police are careful with the words they use. Nowadays, when a senior officer talks about how to tackle drug dealing organised crime groups, she will use the word ‘disrupt’. We must disrupt the drug supply is the mantra. Well, disruption is not reduction, and no one is claiming that it is.

Police cannot reduce the size of the market, only change the shape of it. Unfortunately, such disruption so often means a worsening of the situation, as opportunities are created for those more willing to be violent.

As I describe in ‘Good Cop, Bad War’, over the space of 14 years undercover I saw a clear cause and effect; collectively, Organised Crime got more violent as a response to tactics I helped to develop. I saw the methods of intimidation grow and evolve, until gangs would compete in brutality, using rape and mutilation as legitimate reputation building. The most successful gangster is the scariest. It’s a Darwinian scenario; those that can most terrify would-be informants, or make it difficult for undercover cops like me, survive the longest.

Police are really good at catching drug dealers. They will do it week after week in good numbers if they are given the resources and are instructed to prioritise that way. When they are successful the big city networks move in. Many times as an undercover cop, my targets have been the city boys who have moved into new opportunities created by police action. One such group was the Burger Bar Boys, who came out of Birmingham to take over Northampton. It was an early version of ‘County Lines’, sometimes referred to as ‘Going Country, when drug gangs send young runners to sell crack and heroin in market or coastal towns.

When I caught the Burger Bar Boys, six of them got around 9 years apiece in jail. By the end of the operation we knew all about the supply routes and their networks. 96 people were arrested in that operation. The drug war is an arms race however, and this operation helped develop the perfect response: child exploitation.

The reality is that we should genuinely be fearful of how far the status quo in drug policy will take us. As we witness record drug deaths and harms, child exploitation, a prison crisis and industrial scale hypocrisy, it’s time we feared the current trajectory

Now, when moving into new market opportunities, organised crime uses children to transport and sell the drugs. Children are easy to exploit and intimidate, and are cheap labour. Most importantly, they are virtually immune to infiltration by undercover police, or informants. So, let me make this really clear. The recent tactic of ‘County Lines’ child exploitation is the fault of people like me. It’s a result of police success.

Currently, the law protects the illicit market. The last thing gangsters want is for government to make drugs a health issue. Only around 10% of people who use drugs have a problematic relationship with those drugs. Certainly, Organised Crime Groups do not want society actually taking care of those people, because they are a dealer’s best customers. We are in the most ridiculous situation where current policy most benefits criminals.

The only way out of this quagmire, the only way to prevent an inevitable slide into greater corruption of our society, is regulation. Regulation needs to be carefully done, and each drug has specific regulatory requirements. Heroin is the easiest to tackle, for if you prescribe it where it is needed, at a stroke you rescue the most vulnerable in our society from the exploitation of Organised Crime.

Cannabis regulation will come, but we need to see this as urgent, and not just because we should be protecting our young from access to the drug. Criminals are recruiting our young for ‘County Lines’ via the teenage cannabis market. We need to break this link, this connection, by regulating.

Police like to follow evidence. This is why drug law reform is being led by police in the UK. The announcements last week by the West Midlands PCC are the latest in a series of innovations from our nation’s police.

An evidence-based drug policy is not too much to ask. It is the scientific community that should be informing policy, not ideologically driven politicians. This is why I will be speaking alongside members of that community in Manchester.

Language is important. Evidence more so.

Street drugs in the Northern Powerhouse is taking place at The University of Manchester on March 28 from 09:45am to 4:30pm.