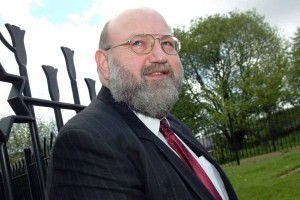 New statistics produced this month by an academic from The University of Manchester show that the Strictly Orthodox - or Charedi - community accounted for 20 per cent of all Anglo-Jewry in 2010.

Dr Yaakov Wise attributes the rise - up again from 19 per cent in 2009 - to a birth rate averaging 6.9 children per Charedi couple and an ageing wider Anglo-Jewish population.

Rates of around 350 births per thousand women among the Strictly Orthodox communities occur in Manchester and Gateshead, he says - a huge number when compared to the non-orthodox Jewish average of 65.

Dr Wise, an Honorary Research Fellow at the University’s Centre for Jewish Studies, said: “Although the small, provincial, Jewish communities in the UK are declining rapidly, it is important to point out that the Strictly Orthodox population is rising quickly.

“And because of this huge increase in Strictly Orthodox numbers and immigration, I expect the overall numbers of Jews to continue growing in the UK.”

Dr Wise argues that non-orthodox British Jews marry later than other Britons and late marriage results in lower rates of fertility even compared with all white UK women.

Non-orthodox Jewish women under the age of thirty-five, he says, produce fewer children than their non-Jewish counterparts, though this gap narrows considerably over the course of the next ten years.

He added: “To explain the low fertility rate of non-orthodox Jewish women, the American demographer Frank Mott has pointed to extraordinary rates of educational achievement among Jewish women, who spend significantly more time than their non-Jewish peers in programmes of higher education.

“For many of them, still more childless years follow as they work to advance their careers.

“At no point do non-Strictly Orthodox Jewish women attain the fertility levels of their non-Jewish peers or bear children in numbers sufficient to offset population losses from natural causes.”

The UK figures were based on census data and monitoring of Jewish births.

Dr Wise is available for interview