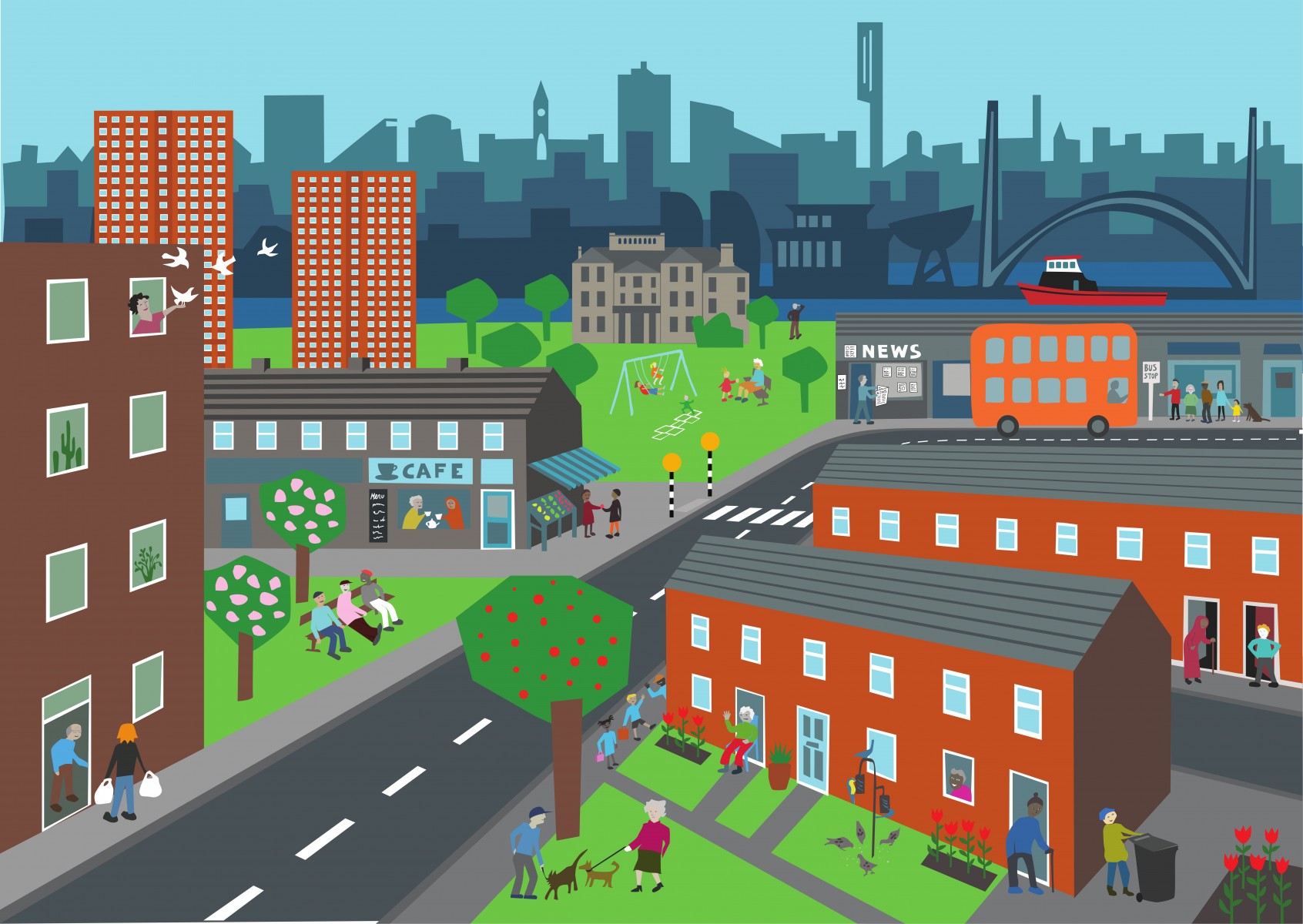 New research is showing how being connected with their local community has reaped enormous benefits for people with dementia.

Research Associate Sarah Campbell, from The University of Manchester, says familiarity with people in local shops, cafes and even on the street, was crucial to the participants of the study.

Acts of kindness by neighbours like taking the bins out each week, she said had a huge effect on their wellbeing.

The researchers also found that some people with dementia still had a valuable role in their neighbourhoods by ‘keeping an eye’ out, collecting newspapers and caring for grandchildren.

It is one of the first and largest studies to investigate how people living with dementia, and their partners, experience their local neighbourhoods.

56 people -29 with dementia and 27 Family carers - from across Greater Manchester were interviewed about their experience for the study.

The research team say their findings will encourage others to think about people living with dementia currently thought to be 850,000 people Alzheimer’s Research UK.

The figure worldwide is 44 million people, which is set to treble to 135 million by 2050, Alzheimer’s Research UK.

She said: “These findings together indicate how the neighbourhood operates through a series of links between people and place from the dementia café, to the local newsagents, and the neighbour two doors down.

“Many people with dementia will be living independently in neighbourhoods and communities, with the support of family, friends, neighbours and formal and informal service provides.

“But understanding the nature of support available in neighbourhood settings is crucial to ensuring everyone affected by dementia is able to live life as best they can.

‘Routines and habit’ are also an essential part of everyday life in connecting people to their neighbourhoods and to others. Such as using the same routes to walk the dog, or visiting the same café or attending dementia peer support groups.”

These findings together indicate how the neighbourhood operates through a series of links between people and place from the dementia café, to the local newsagents, and the neighbour two doors down. Many people with dementia will be living independently in neighbourhoods and communities, with the support of family, friends, neighbours and formal and informal service provides

She added: “We would also encourage the public to come along to our drop-in event on 8 November and record their own experiences and thoughts about neighbouring, neighbourhoods and day-to-day life in relation to dementia.

A free drop in interactive event at the ESRC Festival of Social Science aims to inform the public on how people living with dementia experience everyday life in local places.

People with dementia or memory problems, their carers, and anyone who is interested, can sign up to Join Dementia Research - an NIHR scheme designed to recruit participants for clinical research studies that can that can help us understand what causes the disease, develop effective treatments, improve care and hopefully one day find a cure.