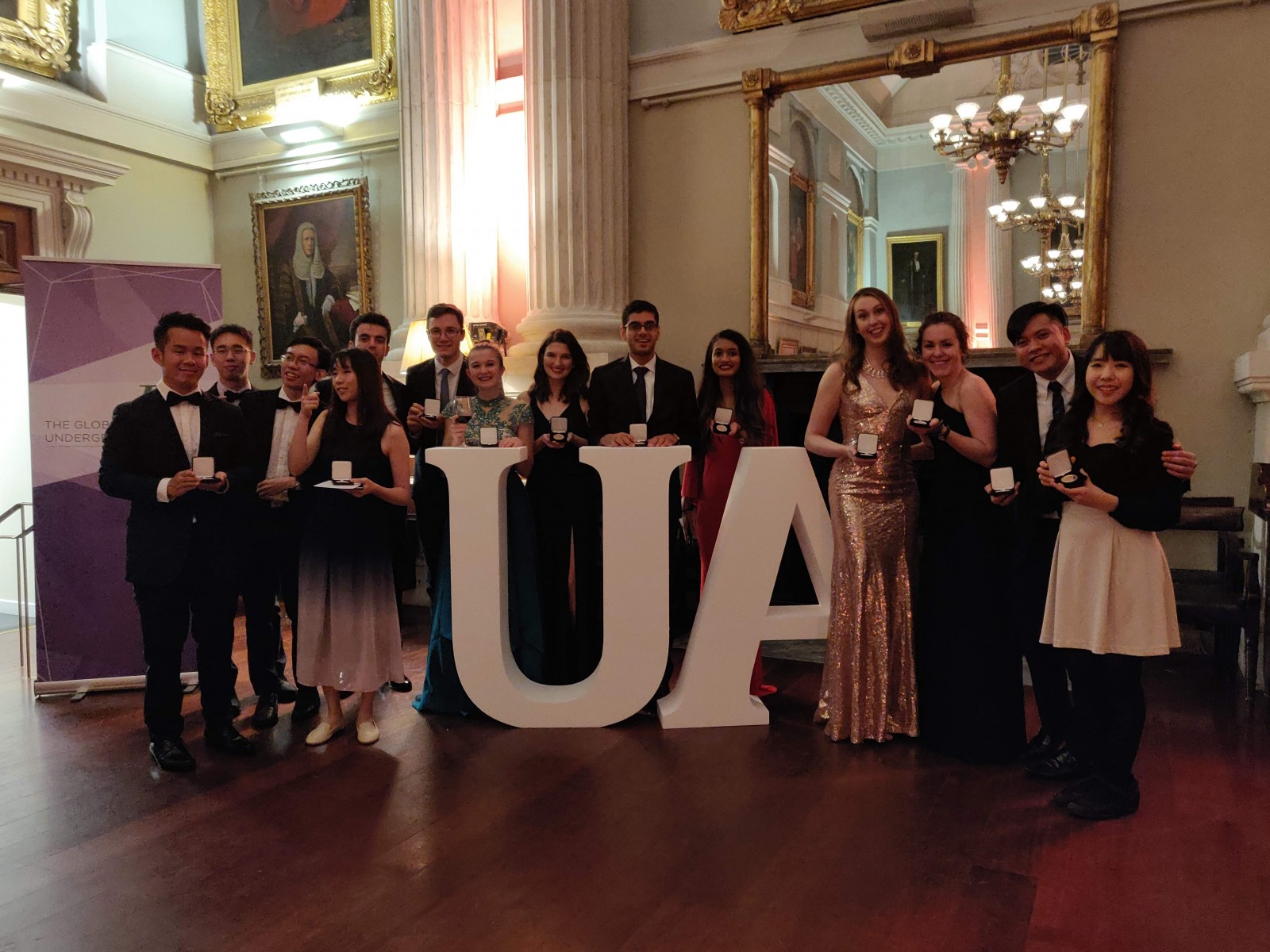 Two students from The University of Manchester have won the highest award possible at this year’s prestigious Undergraduate Awards in Dublin, Ireland.

Aayush Chadha and Stefan Pricopie were the Global Winners in the Engineering and Economics categories, respectively. They took home the Thomas Clarkson Gold Medal for their academic research and presentations, while fellow University student Samanyou Garg was the Regional Winner in the Computer Science category.

Aayush won his award for his final year project, “BL!NK: Detecting, Analysing and Storing Eye Blinks”. He developed a system to detect and track eye blinking, with applications in monitoring Parkinson’s disease.

His work brings together his background in computer science, with elements of physics, health, and engineering. The senor was built using graphene, because “it is very conductive and very sensitive”, says Aayush. It was then connected to a data storage device, where the data could be processed to identify blink characteristics such as frequency.

Speaking about his project, Aayush said; “While the project had elements that directly applied knowledge of Computer Science, most of the work required a good understanding of the physics involved, which was something I had to build up as I went along.”

He added; “Thankfully, I had great support from my supervisory team, Prof Thomas Thomson and Dr Gregory Auton!”

Samanyou’s project aimed to overcome some of the problems faced in group recognition, such as head and body pose variations, variable lighting conditions, and variable image quality. He used a dataset of more than 10,000 images to train recognition models, using a hybrid machine learning system that incorporated deep neural networks and Bayesian classifiers.

“Receiving the Undergraduate Award is an absolute honour for me. Being recognised by UA for the work that I put in is so very special to me, as it means that my work had some meaningful impact and motivates me to work even harder.”

Remarking on the significance of his achievement, Aayush said; “The Undergraduate Award means a much more widespread recognition of the idea’s merit, and its potential to be useful in the future. For a long time, eye blinking wasn’t looked at actively as a potential biomarker for tracking Parkinson’s disease, something which may now change.”

Similarly, Samanyou said; “Receiving the Undergraduate Award is an absolute honour for me. Being recognised by UA for the work that I put in is so very special to me, as it means that my work had some meaningful impact and motivates me to work even harder.”

The students attended a three-day summit in Dublin, where they were presented with their awards, as well as the opportunity to network with other winners and nominees. “I was able to meet people working on similar subjects,” said Aayush, adding; “Not only did that allow me to look at some of the problems I encountered from another perspective, but it also meant that I now have valuable contacts to reach out to in case I want to collaborate, or understand something about my research topic that doesn’t exactly fall in the purview of my project.”

Samanyou said; “It was an amazing experience at the 3-day summit where I had the opportunity to meet and share research with some highly motivated and passionate people from around the world. The future felt far less daunting after hearing solutions to real-world problems from a multi-disciplinary perspective.

“I would also like to thank The University of Manchester and my supervisor Prof Angelo Cangelosi for their support and for making this trip possible.”

The summit also gave the students the chance to explore Dublin, where they found themselves “drinking Guinness and Jameson’s, dancing to Irish folk music and composing limericks”, says Aayush.

The full list of Undergraduate Award winners from the University is;