Should the suffragettes be pardoned? 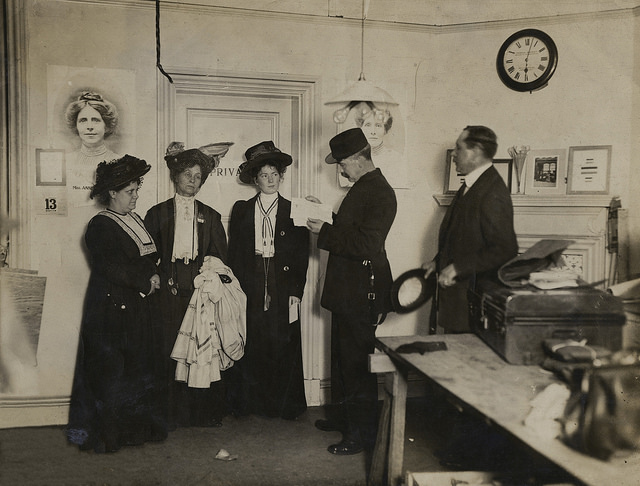 Should the suffragettes be pardoned?

During the 100th anniversary of women over 30 being given the vote in the UK, there have been calls for women convicted of crimes committed while engaged in direct action as part of their campaign to be given pardons.

The Labour Party leader, Jeremy Corbyn, has gone so far as to promise that if his party wins power it will pardon those women who had been “treated appallingly by society and the state” and whose convictions were “politically motivated”.

Just as many voices have been raised in opposition to the move, however. Feminist and campaigner Caroline Criado-Perez wrote recently: “They were the Nasty Women of the early 20th century. They don’t deserve to be whitewashed and made more palatable.”

So how do pardons work? In a system governed by the rule of law, the extra-judicial power to pardon should be unnecessary. At times, however, it has provided a useful “safety valve” where the legal system had no means of correcting errors – remember the Court of Criminal Appeal was not established until 1907. 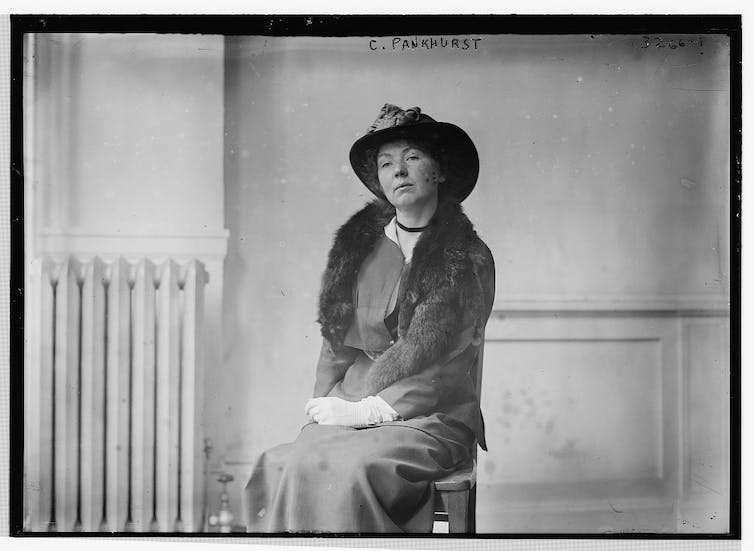 Worthy of a pardon? Christabel Pankhurst in 1918. US Library of Congress

It could be used where a mandatory death sentence was seen as too harsh, or if exculpatory evidence could not be used as part of a normal appeal for legal reasons. Posthumous pardons were given to Timothy Evans who had been wrongly executed for the murder of his wife and daughter at 10 Rillington Place. Derek Bentley was also pardoned. His was a more ambiguous case: he was hanged when his accomplice, who was too young to receive the death penalty, shot a police officer during a burglary.

The pardon has been used as a quick means of correcting administrative errors (such as a miscalculated release date from prison) or when a batch of convictions has been rendered unsafe – for example by faulty speed measuring equipment. Two IRA members were pardoned quietly for some offences so that the Dutch authorities would agree to their extradition.

Pardons have also been used as a reward. In 2002, two men were pardoned for saving the life of a prison officer who was being attacked by a boar on the prison farm.

There has always been a political dimension to the Royal Prerogative of Mercy – a power that has existed since at least the seventh century. A free pardon removes “all pains, penalties and punishments whatsoever that from the said conviction may ensue”. It does not eliminate the conviction though – only judges can do this. There are no legal criteria for its exercise. The Justice Secretary exercises the power on behalf of the Queen.

Read more: Hundred years of votes for women: how far we've come and how far there's still to go

Pardons are also used as a means of “dealing with the past”. Historically, the reigning monarch could use the power to grant pardons after battles to promote reconciliation or to spare favoured subjects from punishment.

There have been calls for pardons for soldiers executed for cowardice or desertion during World War I. Alan Turing, famous for his work as the Enigma codebreaker at Bletchley Park in World War II received a posthumous pardon in 2013. He killed himself in 1954 following his conviction for gross indecency. The “Alan Turing Law” (part of the Policing and Crime Act 2017) provides pardons for men convicted of homosexual acts that are no longer criminal offences – in essence it was accepted that they should not have been convicted because the law itself was wrong. 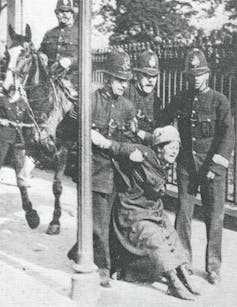 A suffragette is arrested outside Buckingham Palace in 1914. Leonard Bentley via Wikimedia Commons, CC BY-SA

The law is an ass

The use of the pardon is relatively straightforward in cases of wrongful conviction. With the soldiers, it could be argued that the convictions were unsafe because their mental states were not considered. There is a practical reason for removing the gross indecency convictions in that men were still suffering the effects of having a criminal record and the pardon was an official statement that the law itself had been wrong – it was a form of apology.

Quashing the convictions of the suffragettes is more problematic. Smashing windows and setting fire to letterboxes is still criminal conduct. The women’s suffrage movement split over direct action and the majority of women did not break the law. Christabel Pankhurst wanted to be arrested – as she saw suffragette appearances in court and hunger strikes in prison as part of their campaign. They suffered physically – and undoubtedly many faced social or familial disapproval.

A blanket pardon, however, airbrushes a difficult debate about direct action and would posthumously remove a criminal record that many wore as a badge of honour.