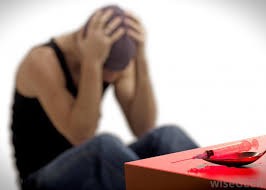 Over 200 suicide deaths per year now occur in patients under mental health crisis teams, three times as many as in in-patients, according to a report by The University of Manchester’s National Confidential Inquiry into Suicide and Homicide by People with Mental Illness (NCISH). The full report is available here.

One third of patients under crisis resolution/home treatment (CRHT) who died by suicide had been using the service for less than a week, and a third had been discharged from hospital in the previous two weeks. The report questions whether CRHT was the most suitable setting for their care, and raises concerns that crisis teams are increasingly used due to pressure on other acute services, particularly in-patient beds.

Professor Louis Appleby, Director of NCISH, said: “This year’s report reflects the increasing reliance on crisis teams in response to the strains felt by acute mental health services. Our findings suggest that we are accepting too much risk in the home treatment these teams offer, and that the crisis team is now the priority for suicide prevention in mental health.”

The authors also found that over half the 1700 mental health patients per year who died by suicide across the UK had a history of alcohol or drug misuse. However, only a small proportion had received specialist substance misuse treatment, suggesting a need for these services to be more widely available, working more closely with mainstream mental health care.

This year’s report reflects the increasing reliance on crisis teams in response to the strains felt by acute mental health services. Our findings suggest that we are accepting too much risk in the home treatment these teams offer, and that the crisis team is now the priority for suicide prevention in mental health

Professor Appleby said “The report looks at the growing impact of economic adversity. More patients who died by suicide were reported as having been unemployed or homeless, and 13% had experienced serious financial difficulties in the previous 3 months. We also identified a rising incidence of suicides by patients who had been in the UK for less than 5 years who may be less well connected to services that could support them."

The team reviewed 20 years of evidence from National Confidential Inquiry research, and found a changing pattern of risk factors facing mental health patients, with higher rates of isolation, recent self-harm, alcohol and drug misuse and economic adversity in those who died by suicide. They also found improvements in some aspects of suicide prevention, such as ward safety and acceptance of medication.

Professor Nav Kapur, Head of Suicide Research at NCISH said “The 20 year review has helped us to identify ways in which mental health care is safer for patients. We now know what services can do to reduce suicide risk, for example care planning and early follow-up on discharge from hospital, personalised risk management without routine checklists, and implementing guidance on depression and self-harm”.

NCISH also report on homicide by people who have been in contact with mental health services. The figures show a fall in patient homicides overall but a possible increase by patients with schizophrenia In England since 2009.

Professor Jenny Shaw, Head of Homicide Research, said "The numbers are small, so it is difficult to confirm a clear pattern, but it may be that homicides in this group have risen. Services can help by addressing drug and alcohol misuse and ensuring that contact is maintained for those patients who are likely to disengage from mental health care".

The Mental Health Clinical Review Outcome Programme, delivered by NCISH, is commissioned by the Healthcare Quality Improvement Partnership (HQIP) on behalf of NHS England, NHS Wales, the Scottish Government Health and Social Care Directorate, the Northern Ireland Department of Health, the States of Guernsey and the States of Jersey.