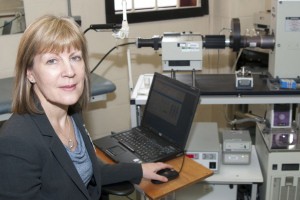 Taking omega-3 fish oils could help to protect against skin cancer, according to researchers at The University of Manchester.

The team has just carried out the first clinical trial to examine the impact of the fish oils on the skin immunity of volunteers. Led by Professor Lesley Rhodes, Professor of Experimental Dermatology from the Photobiology Unit Dermatology Centre at the University, the study analysed the effect of taking omega-3 on 79 healthy volunteers.

Results of the study, funded by the Association for International Cancer Research (renamed to Worldwide Cancer Research in 2015), found that taking a regular dose of fish oils boosted skin immunity to sunlight. Specifically, it also reduced sunlight-induced suppression of the immune system, known as immunosuppression, which affects the body’s ability to fight skin cancer and infection. The findings have been published in The American Journal of Clinical Nutrition this month.

Professor Rhodes, who is based in the Photobiology Unit at the University’s School of Medicine and Salford Royal NHS Foundation Trust, said it was the first time the research had been carried out on humans. “There has been research in this area carried out on mice in the past but this is the first time that there has been a clinical trial directly in people,” she said. “It has taken a number of years to get to this stage and the findings are very exciting.

"This study adds to the evidence that omega-3 is a potential nutrient to protect against skin cancer. Although the changes we found when someone took the oil were small, they suggest that a continuous low level of chemoprevention from taking omega-3 could reduce the risk of skin cancer over an individual’s lifetime.”

Patients who volunteered for the trial took a 4g dose of omega-3, which is about one and a half portions of oily fish, daily and were then exposed to the equivalent of either 8, 15 or 30 minutes of summer midday sun in Manchester using a special light machine. Other patients took a placebo, before being exposed to the light machine. Immunosuppression was 50% lower in people who took the supplement and were exposed to 8 and 15 minutes of sun compared with people who did not take the supplement. The study showed little influence on those in the 30 minute group.

The findings are important in the battle against skin cancer because previous research has shown that sunscreens are often applied inadequately and only worn during holiday periods. However, Professor Rhodes stressed that the omega-3 was not a substitute for sunscreen and physical protection, and that omega-3 should be regarded as an additional small measure to help protect skin from sun damage. The fish oil has already been shown to have many beneficial health effects such as helping with cardiovascular disease, meaning taking the supplement could lead to a range of potential health benefits. Professor Rhodes’ team are now continuing their research with further omega-3 studies being carried out on healthy volunteers at Salford Royal. It comes as The University of Manchester, Cancer Research UK and The Christie Cancer Hospital team up to create a Manchester Cancer Research Centre.

Around 100,000 cases of non-melanoma skin cancer were diagnosed in the UK in 2010, according to the most recent figures available from Cancer Research UK, making it an extremely common cancer.

Dr Helen Rippon, Head of Science at AICR, said: “Skin cancer has been one of the fastest growing types of cancer, and numbers will likely continue to increase. It is always exciting to see research that AIRC has funded generating such promising results, and we look forward to seeing future developments in this area.”

Professor Rhodes is available for interview.

The research has been published in The American Journal of Clinical Nutrition. To view a copy of the journal online, please click here.
The randomised-controlled, double-blind nutritional study was funded by almost £200,000 from the Association for International Cancer Research. The omega-3 oil was provided by Croda International plc and the packaging by GP Solutions.

About AICR
AICR receives no government grants and relies totally on fundraising for its income. Unlike many UK-based charities, AICR does not confine its support to within this country. It is the leading charity funding cancer research anywhere in the world.

For further information about AICR’s work or to find out how to support the charity, please call 01334 477910 or visit www.aicr.org.uk. Follow us on FacebookandTwitter