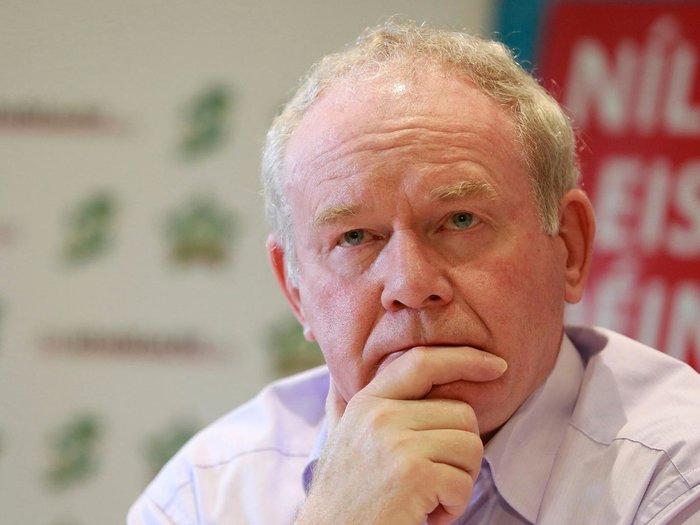 Sinn Féin's Martin McGuinness has died at the age of 66. The IRA leader turned peacemaker worked at the heart of the power-sharing government in Northern Ireland, and became deputy first minister in 2007. Here, Professor Roger Mac Ginty of The University of Manchester’s Humanitarian & Conflict Response Institute discusses his legacy.

I once spent a few days with Martin McGuinness in Dubai. With a few others, we were brainstorming how a stalled peace process in Sri Lanka could be kick-started.

What was very noticeable about McGuinness was that he knew the names of the hotel staff within 24 hours. He was on first name terms with the people who served breakfast, and was asking after someone's mother as if he had known the family all his life.It wasn't an act, it was for real. McGuinness was a people person.

Those people skills could be seen when he was Deputy First Minister of Northern Ireland, most notably when he struck up a friendship with First Minister Ian Paisley - a long-time political foe.

As Deputy First Minister, he had to represent all the people of Northern Ireland - a difficult task where there are deep divisions in society. McGuinness is generally considered to have been an excellent minister who was on top of his brief, and worked hard to be inclusive. He also lived very modestly.

But for many people, McGuinness will always be associated with the Irish Republican Army and violence. They saw him as a spokesperson for an illegal organisation that killed policemen, British soldiers and civilians.

He made a remarkable journey during his life. He still believed in a united Ireland, but calculated that peaceful means would have greater traction.

The McGuinness life story is fascinating - it was full of persistence, hardship and contradiction. He will be venerated by some and despised by others - but it is difficult to think of the Northern Ireland peace process getting off the ground, and delivering the Good Friday Agreement, without him as a central character.