The Nansen passport: the innovative response to the refugee crisis that followed the Russian Revolution
Newsroom

The Nansen passport: the innovative response to the refugee crisis that followed the Russian Revolution

The Nansen passport: the innovative response to the refugee crisis that followed the Russian Revolution 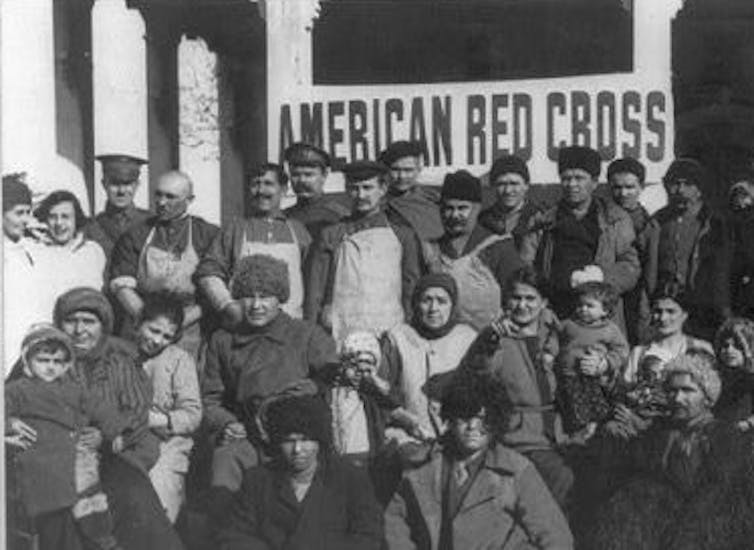 Russian refugees in Europe after the evacuation of Odessa, Ukraine, in 1919. Wikimedia Commmons Peter Gatrell, University of Manchester

The triumph of revolution in Russia in 1917 brought an end to the 300-year old Romanov dynasty and the empire over which it ruled. The collapse of the German, Austrian and Ottoman war effort in 1918 precipitated the end of the remaining continental European empires.

In each instance, imperial dissolution went hand in hand with the formation of new states. The Russian Civil War, between 1918 and 1921, led to an exodus of people who opposed the Bolsheviks who had seized power in November 1917. In Europe’s new nation states, minority ethnic groups were exposed to the chill wind of nationalism. They were encouraged to leave – or chose to leave – before their lives became intolerable.

In the Ottoman Empire, Armenians had already been persecuted to the point of extermination in 1915. In the aftermath of the war, contemporaries began to speak for the first time not of refugees but of “the refugee problem”, evoking a sense that the war had produced a distinct kind of victim and a new challenge to international relations.

Among the millions of people on the move, Russian and Armenian refugees stood out by virtue of having been deprived of their nationality.

In 1921, member states of the new League of Nations affirmed that Russians who had fled their homes and not acquired another nationality deserved to be recognised as refugees. It’s estimated that there were up to 1.5m Russians scattered across the globe and particularly in major cities such as Constantinople, Prague, Berlin and Paris by 1921. Armenian refugees numbered between 300,000 and 400,000, and they too became recognised by the League of Nations.

At the behest of the International Committee of the Red Cross, the League of Nations established an office to assist both Russian and Armenian refugees. The Norwegian polar explorer Fridtjof Nansen became the first head of the Office of the High Commissioner for Refugees. Everyone assumed that his appointment would be temporary, like his earlier and successful efforts to repatriate prisoners of war. 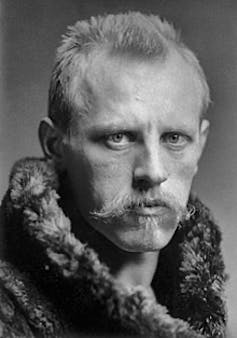 The League of Nations invited Nansen to organise the repatriation of refugees or arrange for “their allocation to the various countries which might be able to receive them and to find means of work for them”. He initially hoped to promote the repatriation of Russian refugees so that they might contribute to the reconstruction of Russia, but few refugees wanted to return and Nansen eventually abandoned the idea.

With no funds at his disposal and only a tiny office, Nansen could not assist refugees directly. He did, however, employ refugees as clerical staff in local branches. Assisting Russian refugees became instead a story of self-help and private philanthropy, in which non-governmental organisations (NGOs) played a lead role in providing schooling, vocational training, basic medical treatment and assistance for children and the elderly, many of whom were in dire straits. These NGOs included the Russian Red Cross and Zemgor – a continuation of a leading wartime organisation in Tsarist Russia for the relief of civilians victims of war.

In 1922 Nansen convened a conference of the League of Nations in Geneva where he obtained states’ agreement to a “Nansen certificate” to be issued to Russian refugees who could afford five gold francs. Two years later the scheme was extended to Armenian refugees. 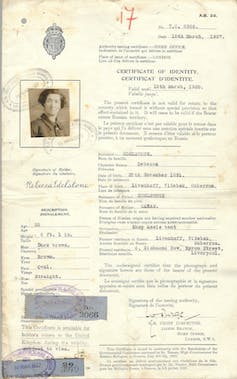 A Nansen certificate issued by the UK to a Russian Jewish refugee. By Huddyhuddy via Wikimedia Commons, CC BY-SA

The certificate, popularly known as a “Nansen passport” was normally valid for up to one year, at the discretion of the issuing authority. It could be renewed, but not indefinitely. It enabled holders to travel to a third country to look for work. The underlying purpose was to help relieve the pressure on overcrowded places such as Varna and Constantinople and also to begin to distribute Russian and Armenian refugees more “equitably” among member countries of the League of Nations. However, it offered no guarantees about a place to live or the right to a job.

In 1926, more than 20 member states of the League of Nations agreed that holders of a Nansen passport could leave the country of issue and be allowed back in. For example, if France issued a certificate to a Russian refugee, he or she could travel to Belgium on the passport and then be readmitted to France.

The Nansen passport served as a valid form of identity. Its significance was summed up well by historian Michael Marrus in his survey of European refugees in the 20th century: “For the first time it permitted determination of the juridical status of stateless persons through a specific international agreement.” In essence, it provided a new form of international protection, over and above the authority of the state.

Approximately 450,000 refugees used Nansen passports, which were issued until 1942 and recognised by 52 countries.

Creativity in the face of mass displacement

In the longer term, the concept that recognised refugees should be entitled to a travel document issued by the country of asylum became incorporated into the 1951 Refugee Convention, giving the bearer the right to enter any country that accepted these documents. In other words, the main features of the Nansen passport were incorporated into international refugee law.

Innovative though it was, the Nansen passport was as much about assisting host states as it was about giving refugees a degree of legal status, since it enabled the state to keep track of refugees who came and went. It was available mainly to recognised refugees from Russia and Armenia but hundreds of thousands of other displaced people, such as those in the Balkans, were not entitled to it. It did nothing to make refugees feel welcome or valued.

On the other hand, it represented a degree of creativity that is sorely lacking in the contemporary world of mass displacement. The emphasis on enabling mobility stands in sharp contrast to the current global emphasis on deterrence that is keeping refugees in their country of origin or in the country where they first claim asylum.