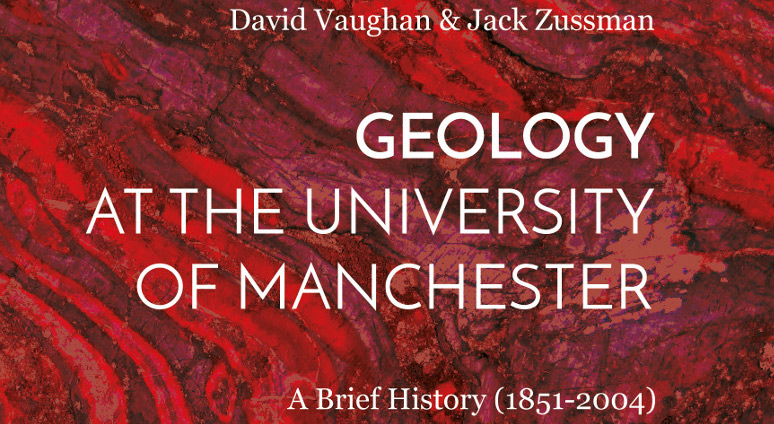 Geology at The University of Manchester book cover

The School of Earth and Environmental Sciences: A history

Two ex-Heads of the School of Earth and Environmental Sciences (SEES), David Vaughan and Jack Zussman, have published a history of the study of geology - and the broader earth sciences - at The University of Manchester.

SEES has only had this particular name for the last year, but the subjects in which it specialises have been taught at what became The University of Manchester since 1851, when W.C. Williamson was appointed the first Professor. He was also Professor of Botany and Zoology in the early years and a medical doctor specialising in ear surgery. He gave his name to the School's current building.

Beginning with Williamson, 'Geology at The University of Manchester' outlines the fascinating story of the growth in teaching and research in the subject at one of the world's foremost centres throughout the 19th and 20th centuries, and early years of the present century. Manchester was one of three centres (with Oxford and Cambridge) that led research and teaching in geology in the UK and associated with big names in the subject.

As well as describing the Heads and their contributions, the 'comings and goings' of all academic staff are outlined. A chapter on the evolving 'research scene' takes readers through the early years, when individual scientists focused on the basic description of rocks, fossils and minerals, or the geological mapping of areas in the UK. This led to research groups in areas such as experimental petrology, isotope geochemistry and cosmochemistry, and molecular environmental science.

Another major theme of this book covers the student experience and outlines the history of buildings used for teaching and research, along with student numbers and teaching quality. A more personal aspect is given by a chapter of recollections from former students and staff. These accounts offer a fascinating insight into life as a geology student at Manchester in the mid to late 20th and early 21st centuries. The successes of these geologists led to recognition in the form of knighthoods, fellowships, medals and awards, and brought substantial resources into the Department.

Although this account ends in 2004, a short 'epilogue' speaks of further major developments to around 2018.

Find out more about the book: 'Geology at The University of Manchester'.

The School of Earth and Environmental Sciences: A history