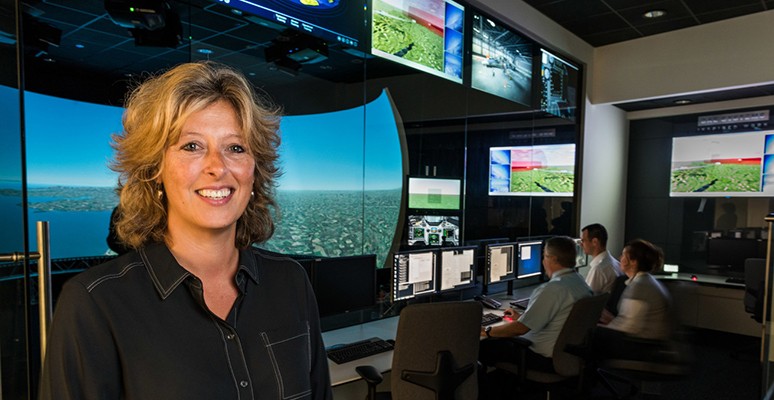 The University of Manchester has appointed Dr Julia Sutcliffe as an Honorary Professor of computer science.

Julia is the Chief Technologist for the Air Sector at BAE Systems, responsible for delivering a Technology Strategy that sees BAE Systems collaborate with wider industry and academia on a range of key technologies, including artificial intelligence, data analytics, human augmentation, augmented reality and quantum technologies.

She has held a number of roles within the company, including Chief Avionics Engineer and Mission Systems Design Authority for the UK MoD Taranis UCAV demonstrator. Julia spent ten years in Australia investigating next generation technologies in the field of unmanned systems and information advantage, and is also a Chartered Engineer and a Fellow of the Royal Aeronautical Society.

Commenting on the appointment, Julia said: "I'm delighted and honoured to be appointed as Honorary Professor at The University of Manchester, who have one of the most extensive and world leading research centres for computer science in the world."

In making Julia an Honorary Professor of computer science, we recognise the contribution that she has made to the development of data-driven technologies that bring benefits to industry and society. Her expertise as a technologist has gained her a reputation as a thought leader in this space and something from which our students stand to benefit enormously.

We look forward to learning from her extensive expertise across a number of technology and engineering disciplines. We welcome the broader network potential of the position and the further strength this adds to our strategic partnership with BAE Systems as a whole.

Professor Robert Stevens, Head of the Department of Computer Science
„