A computer game devised by University of Manchester psychologists has called into question the theories which have been the basis of psychology for over a century.

Dr Warren Mansell says the theories that divide up ’stimulus’ from ‘response’, which underpin smoking cessation programmes and most psychological therapies, should be re-evaluated.

The theories were spawned by the influential BF Skinner, since the American psychologist John Watson famously claimed in 1913 that the aim of psychology is ‘the prediction and control of behaviour’.

The study is published in the Journal of Experimental Psychology: General today.

Dr Mansell’s computer game, based on ‘perceptual control theory’, supports the view that our behaviours vary from moment to moment rather than being triggered by thoughts or learned by ‘associations’ to ‘stimuli’ in our surroundings.

“Humans strive to get ‘just right’ experiences, such as keeping a comfortable temperature, or keeping safe, said Dr Mansell.

“So it’s unsurprising that most of the initiatives for changing people’s behaviour based on removing stimuli that trigger habits like smoking, or trying to make children behave with rewards and threats, fail in the long term.

“This is because psychologists privilege the observer’s view of a behaviour over the experience of the person who is doing the behaviour.

“Our study shows quite how at odds these two perspectives can be, and it paves the way for a new generation of interventions to help people with habits, fears and addictions.”

Humans strive to get ‘just right’ experiences, such as keeping a comfortable temperature, or keeping safe. So it’s unsurprising that most of the initiatives for changing people’s behaviour based on removing stimuli that trigger habits like smoking, or trying to make children behave with rewards and threats, fail in the long term 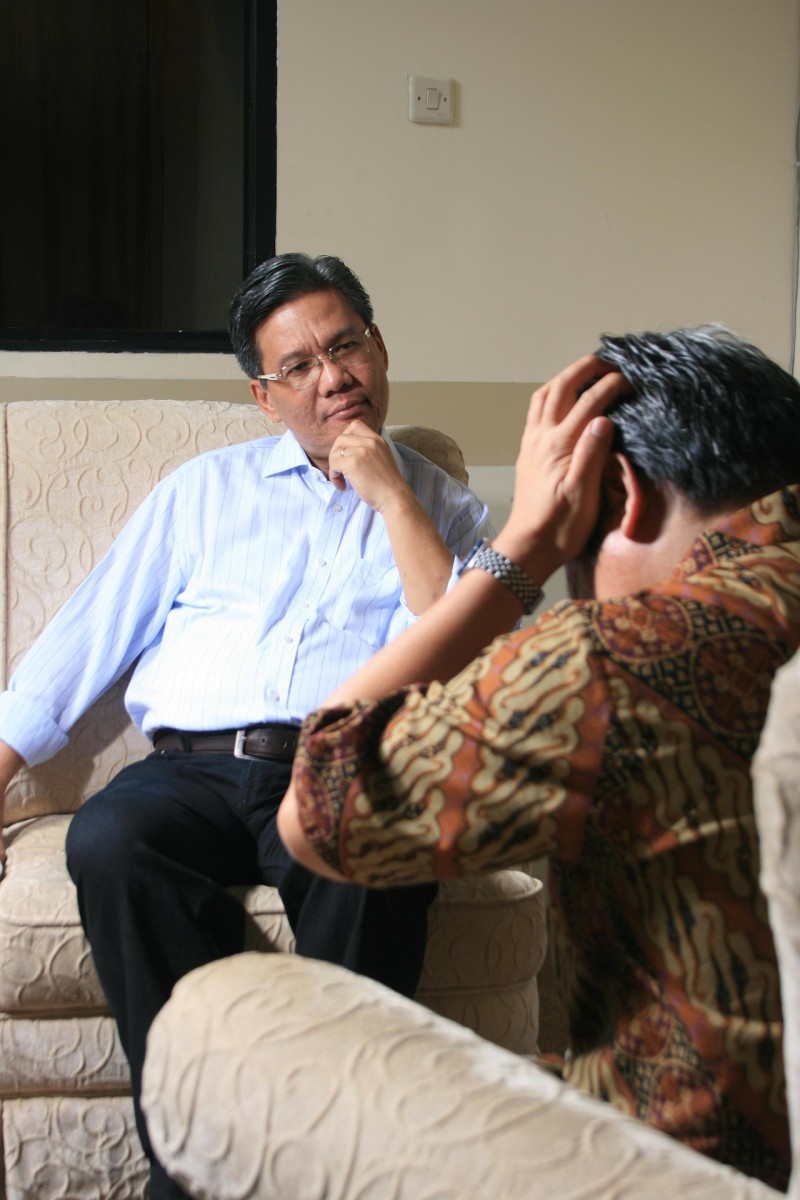 A total of 164 people did the game, in pairs. One person- the actor - was instructed to move a computer mouse to keep a cursor located within a circular target at the bottom of the screen.

The mouse movements left a trace at the top of the screen and the second person, the ‘observer’ was asked to observe the actor and the computer screen.

The movement of the cursor that the actor had to counteract to keep the cursor on target was an upside down mirror image of the word ‘hello’.

Dr Mansell added: “There was an almost 100% contradiction between the actors’ and observers’ answers. This is because we only think that the ‘eye-catching’ side effects of behaviour - in this case writing the word ‘hello’ - is the intended action.

“From programs to help people stop smoking, to managing children’s behaviour in schools, this century-old view that the outsider can most accurately measure, predict and change another person’s behaviour has dominated.

“Therapies for a range of mental health problems should instead help people to become more aware of what they are trying to control in their lives, and balance them in more helpful ways.

“We feel that this approach would be applicable in diverse areas such as learning new skills, coping with dementia, and even building robots.”