To win a climate election, parties need ambition, not compromise with the fossil fuel industry 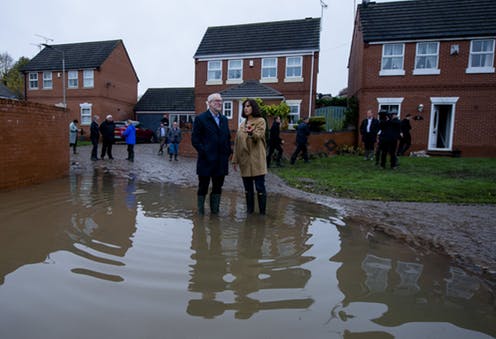 To win a climate election, parties need ambition, not compromise with the fossil fuel industry

The UK will go to the polls on December 12 for the third time in four years. Climate change didn’t make waves in previous elections, but this one may be different. Youth climate strikers have launched a petition calling on the UK’s political parties to agree to a televised “climate and nature” debate. Extinction Rebellion and campaign groups like Labour for a Green New Deal have stated their hopes for making this a climate election.

But should they be careful what they wish for? The May 2019 Australian federal election was fought in part on climate policy, with the opposition Labor Party promising emissions cuts, support for electric vehicles and a national energy guarantee, which would oblige electricity retailers to sign up to gradual decarbonisation.

At the same time, the party refused to rule out an enormous coal mine in Queensland. Labor found itself criticised for not being bold enough by green-minded urbanites while still being held in deep suspicion by rural voters, who believed the party to be anti-coal and anti-farming. 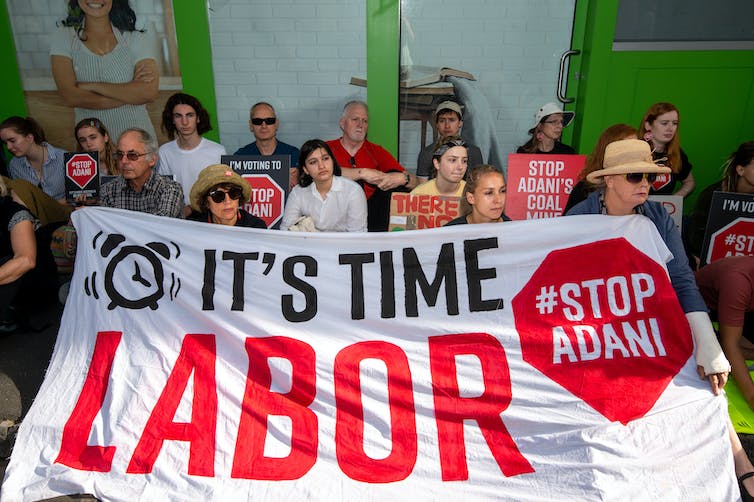 Protesters call on the Australian Labor Party to oppose the Adani coal mine. EPA-EFE/PENNY STEPHENS

The incumbent Liberal and National Party coalition won that election with essentially no climate policy at all. After their shock defeat, the Australian Labor Party asked two former politicians to write a post-mortem. They sidestepped the question of the Adani coalmine. As historian and commentator Frank Bongiorno notes:

Like just about everyone else, [Labor] know [the Adani coal mine] is a financial and environmental mess. But in terms of electoral politics, Adani is radioactive. Labor suffered in Queensland and the Hunter Valley as a result of its ambiguity, but the authors are silent on what the party could have done differently. If it had been less ambiguous about Adani, it would have needed to take a stand. But what should that stand have been?

The G20 has released a report showing Australia’s climate policy response to be among the worst in the developed world. Bushfires are raging out of control in Queensland and New South Wales, and summer hasn’t even started yet.

We’ve had fires in Australia since time began, and what people need now is sympathy, understanding, help and shelter … They don’t need the ravings of some pure, enlightened and woke capital city greenies.

But before UK readers get too smug, they should remember that the independent Committee on Climate Change argued:

UK action to curb greenhouse gas emissions is lagging far behind what is needed, even to meet previous, less stringent, emissions targets. Over the past year, the government has delivered just one of 25 critical policies needed to get emissions reductions back on track.

The British government has suspended rather than banned fracking, discouraged onshore wind and scrapped subsidies for domestic solar panel installation.

Polling suggests the British public would reward a major party promising strident measures to tackle climate change. Two-thirds of voters have said that climate change will affect how they vote while a majority support an ambitious target to decarbonise the UK economy by 2030. 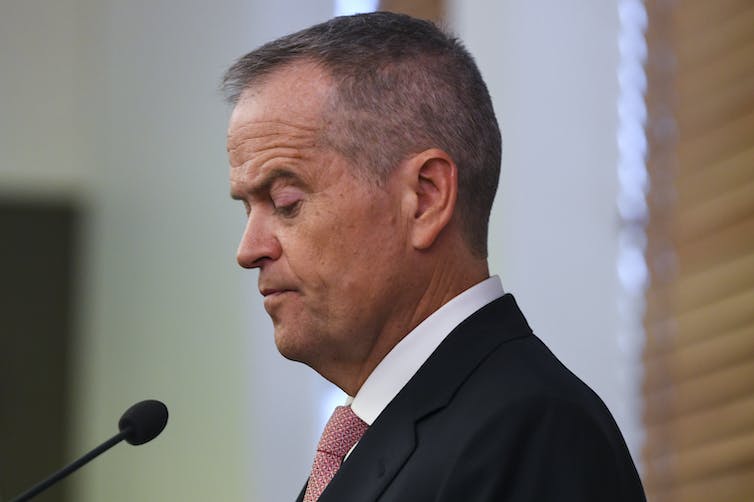 To exploit the governing party’s weakness on the climate crisis, Labour should go bold and commit to the 2030 decarbonisation target agreed at its conference. Such ambition from the party leadership could help defuse issues on which ambiguity might look hypocritical. It’s possible that support among some Labour MPs for expanding Heathrow airport could become the British Adani coal mine in the December 12 election.

But whether electoral politics can really offer the space for a radical discussion about climate action remains to be seen. As the American social scientist, John Dewey mournfully noted:

As long as politics is the shadow cast on society by big business, the attenuation of the shadow will not change the substance.

I think we need to understand that states are founded on the accumulation of wealth, and that their legitimacy currently rests on a growing economy, which so far has meant growing emissions and a growing impact on the natural world.

Ultimately, social change will come from social movements that can build alliances and question the current understandings of prosperity. That is an enormous task, and one that is likely to be led from the bottom-up, and not helped by the sound-bite demands of an election campaign.

Marc Hudson, Researcher, The University of Manchester. This article is republished from The Conversation under a Creative Commons license. Read the original article.