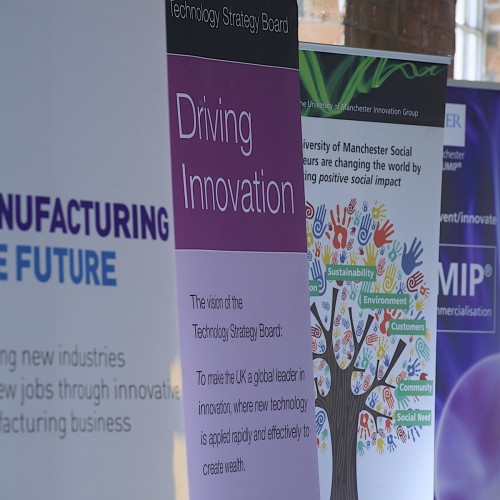 The value to the economy of the eight most research-intensive universities in the Northern Powerhouse region is almost double that of the entire Premier League, a report reveals today.

The N8 universities contribute £6.6bn of GVA (gross value added) to the Northern economy per year.*

The scale and breadth of the economic impact of the universities is revealed in a report by the N8 Research Partnership – The Power of 8: Knowledge, Innovation and Growth for the North – launched today.

The report also reveals the universities of Durham, Lancaster, Leeds, Liverpool, Manchester, Newcastle, Sheffield and York together generated a total of 119,000 FTE jobs - equivalent to all the jobs within a city the size of Salford.

And it found that the N8 universities attracted £1.26bn of research funding per annum.

The report also highlights the importance of EU funding with some 13%, or £127m, of competitive research funding for the N8 universities coming from the European Union.

The research by the N8 Research Partnership, the collaboration body for the northern research-intensive universities, and Viewforth Consulting, was launched today at an event in Leeds.

The findings prompted calls by Professor Koen Lamberts, Vice-Chancellor of the University of York and Chair of N8, for Prime Minister Theresa May to accelerate the Government’s plans by increasing investment in infrastructure and innovation in the North.

Professor Lamberts also encouraged the Government to resolve uncertainty over international research funding for UK universities in light of the Brexit vote.

“In the light of the Brexit vote and the requirement for the UK to renegotiate its relationship with Europe, we believe Government must act swiftly to address the potential gap in research funding which might arise through our withdrawal from the EU.

“Such funding is essential if we are to retain our global standing and attract the brightest and best talent. It also plays a significant role in research and innovation which directly leads to UK business creation and employment growth.”

Writing in the report, Former Deputy Prime Minister the Rt Hon Lord Heseltine says the findings show that the research-intensive universities of N8 can be at the forefront of a rejuvenated Northern economy, and play a central role in strengthening and stabilising industries through new ideas, innovations and insights.

Lord Heseltine adds: “As the devolution of important powers to cities and regions moves forward, partnerships between cities and universities can provide a clear voice of leadership and ideas, and can create a high-skill, innovation-driven future.

“I believe and expect the N8 universities, working individually and together, to be at the forefront of a rejuvenated Northern economy.”

The report also highlights the role played by the N8 universities in helping to establish new businesses, the commercialisation of innovation, and the development of the next generation of entrepreneurs.

For example, The University of Manchester worked with Perceptive Engineering to develop a ‘next generation’ industrial control package affording the opportunity for engaging its existing products in several new industrial sectors, resulting in sales turnover increasing by over £400k and employment of three new staff.

Key findings of the report include:

This report demonstrates the very significant positive contribution of The University of Manchester and its partner institutions across the North of England, helping to create jobs and prosperity in our local communities

N8 Chair Professor Koen Lamberts said: “This research paints a compelling and comprehensive picture of the contribution which our universities make to the Northern economy, creating jobs and prosperity for people from all walks of life.

“What is also made abundantly clear is that N8 universities are not just world-class research institutions but also major economic enterprises, generating significant revenue and economic activity and driving inward investment.

“The Government’s Northern Powerhouse agenda can and should play a major role in creating an environment which enables our universities to generate even more benefit to the Northern and wider UK economy.

“We need to be able to attract and retain the world’s most talented academics, researchers and students; we need to ensure that our students, staff and partners can easily access our world-leading facilities; and we need to attract innovative overseas businesses so that we have a genuinely international innovation and enterprise eco-system.”

For more information about how businesses can work with The University of Manchester, visit our Business Engagement site.