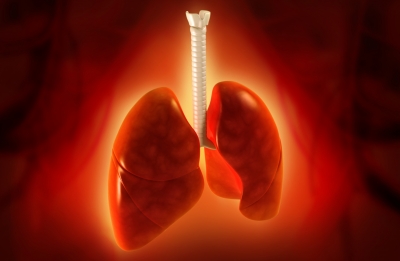 Lungs
Given that 80% of donor lungs are currently not used, the technique is expected to significantly shorten waiting list times and increase access to transplantation.

Flare-ups in chronic obstructive pulmonary disease, the UK’s fourth leading cause of death, can be reduced by 20% by a combined triple inhaler, according to the results of a trial of more than 2,000 people conducted by The University of Manchester.

The study, published in the Lancet, contains the results of a year-long trial involving 2,691 patients. More than a thousand of these were given a new inhaler to manage their condition, which contains three different compounds, while another thousand were given the most common globally used inhaler. A further 500 were given the triple combination but in two inhalers.

COPD is term used to describe a number of progressive lung diseases such as emphysema. The main cause is smoking, although the condition can sometimes affect people who have never smoked. All participants in the trial were current or former smokers.

This group as a whole would expect to experience average 1.3 exacerbations per person in a year – which are usually caused by an infection and can result in hospitalisation or death and faster progression of the disease. However the risk of an exacerbation was reduced by 20% in the group using the triple inhaler. 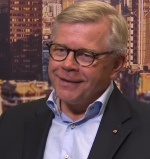 COPD exacerbations lead to approximately 150,000 hospital admissions and 1.2 million bed-days every year in the UK, so to reduce this figure by 20% would make a huge difference, not only for patients’ quality of life, but also for the resources of the NHS

Professor of Respiratory Medicine at The University of Manchester, Jørgen Vestbo, said: “This is the first long-term study to look at the possibilities of triple therapy as a preventative measure for COPD exacerbations.

“COPD exacerbations lead to approximately 150,000 hospital admissions and 1.2 million bed-days every year in the UK, so to reduce this figure by 20% would make a huge difference, not only for patients’ quality of life, but also for the resources of the NHS.”

As well as reduced exacerbations, the trial also found that the new inhaler helped to improve lung function more generally and resulted in fewer overall symptoms. The trial is also the first study to prospectively study a biomarker for individualising treatment better.

Using a count of blood eosinophil (a type of immune cell), it was possible to identify patients more likely to have even greater benefit from the triple inhaler containing an inhaled steroid.

Professor Vestbo, who is also a consultant at University Hospital of South Manchester NHS Foundation Trust where the trials were carried out, added: “Our new funding from the NIHR Manchester Biomedical Research Centre will further build on this research, enabling us to work towards earlier diagnosis and a more targeted approach for respiratory patients that matches individuals to the treatment most likely to work for them.”

The study was funded by Chiesi Farmaceutica SpA.