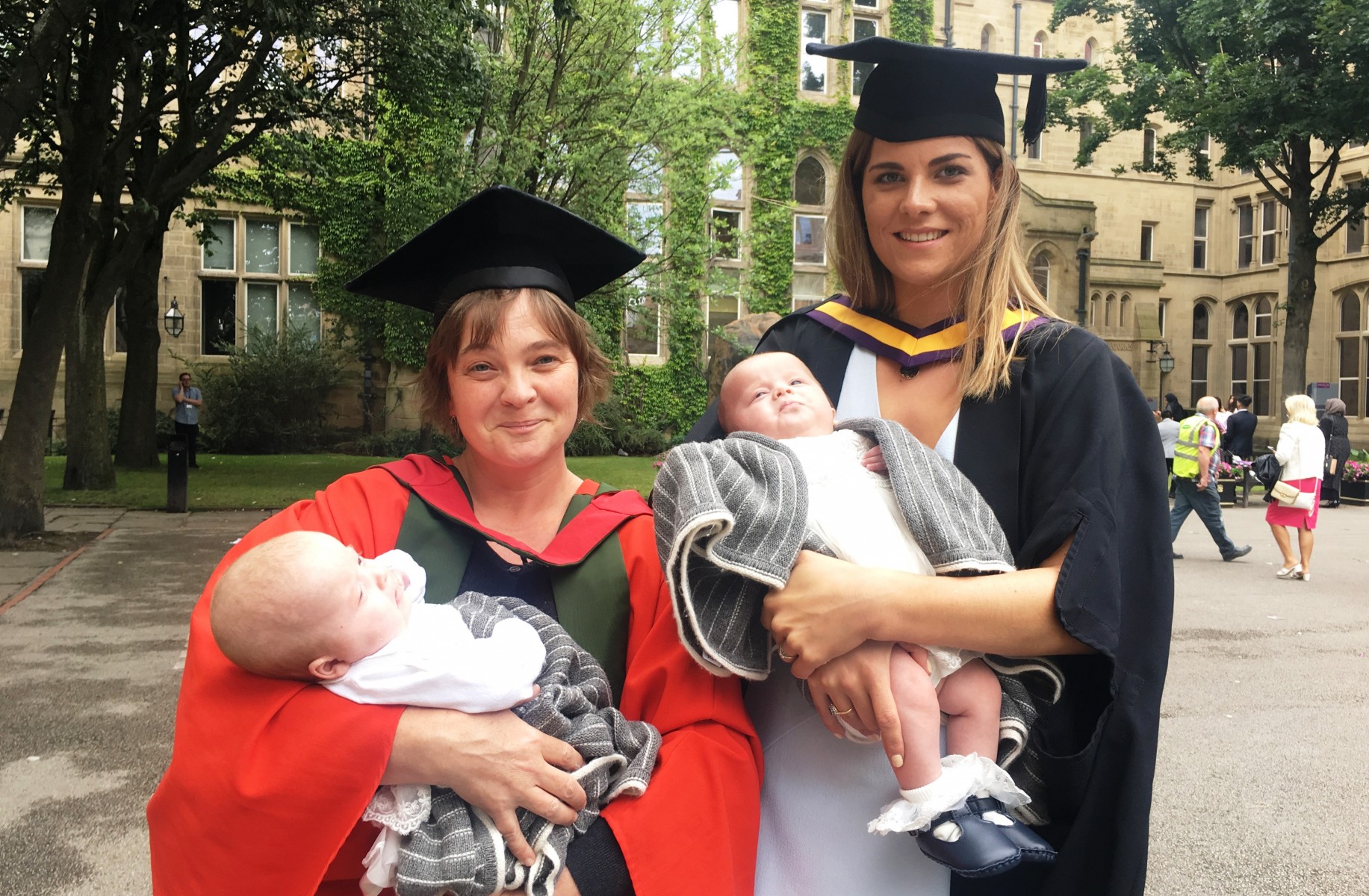 A student from The University of Manchester is celebrating after graduating from her degree only three months after giving birth to twin girls.

Harriet McMahon had just started the final year of her Archaeology & Anthropology degree when she discovered she was expecting twins. She was delighted, but also knew this would make her final year much more complicated to complete.

Against the advice of some family and friends, Harriet decided to carry on with her course rather than deferring until she had given birth. However, she took her studies and her pregnancy in her stride, and university staff and her fellow students offered support wherever they could.

Despite having extreme morning sickness for the first three months of her pregnancy and having to spend a lot of time at home during this, she was closely supported by her academic supervisor Dr Melanie Giles, who met with her one-on-one and prepared her for her final year exam.

She was also supported by her fellow students, who stepped in to help in their group work projects, including their archaeology radio programme.

She thought she would be able to complete her studies before giving birth, but her twins - Florence and Mathilda – actually arrived three weeks early, which meant she had to finish her dissertation while caring for them. Dr Giles ensured she helped with this by meeting with Harriet – and the twins – and helping her to meet her deadlines.

Harriet now plans to take some months off with her new arrivals, but has applied for several graduate schemes and hopes to begin one of these next year.

"When Harriet told me she was not just expecting, but expecting twins, I was delighted - not least because I am also a twin - but also daunted," said Dr Giles. "They were due before the end of term, and we knew we would have to work hard to get all of her assessments completed by the time they arrived. We nearly managed that!"

I am so proud of her - she completed her degree in Archaeology and Anthropology with a 2.1 - and, you could say, got '2-for-1' too!