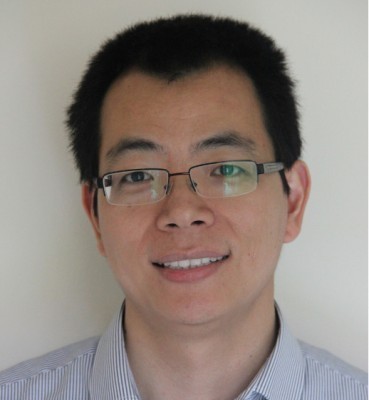 Zhiguo Ding, a Professor in Communications in the Department of Electronic and Electrical Engineering, has received not one but two international recognitions for his research.

Professor Ding has been awarded the prestigious Friedrich Wilhelm Bessel Research Prize from the German Alexander von Humboldt Foundation, recognising his pioneering work on non-orthogonal multiple access (NOMA), a promising enabling technology for the design of beyond 5G mobile networks.

The award is conferred in recognition of the winner's entire academic record to date. Each year, the Alexander von Humboldt Foundation selects just 20 internationally renowned academics from abroad to receive this prestigious award, acknowledging their outstanding accomplishments in research.

Named for German astronomer and mathematician Friedrich Wilhelm Bessel (1784–1846), the prize is funded by the German Federal Ministry of Education and Research.

In addition, Professor Ding has been named in the Web of Science's Highly Cited Researchers List 2020. The list identifies scientists who have produced high-impact research articles ranking in the top 1% by citations for their fields - a prestigious recognition for demonstrating significant research influence among peers.

He was recognised in two ESI categories simultaneously, engineering and computer science, and was one of just 203 researchers from the 6,389 highly cited researchers - drawn from various fields and nearly 60 nations - to do so.