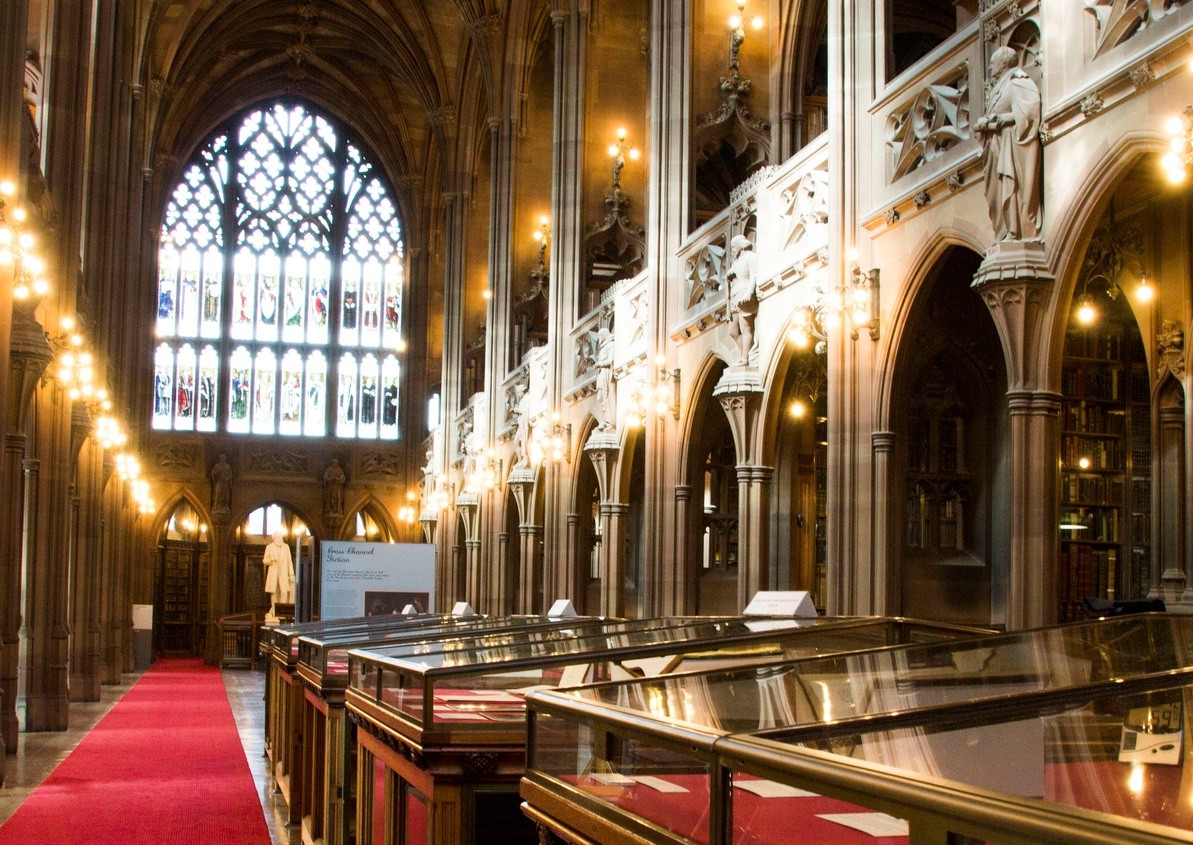 Manchester has been successful in its bid to join UNESCO’s worldwide Creative Cities network as a City of Literature.

The city, which built the UK’s first public lending library and gave the world the work of great writers including Elizabeth Gaskell and Anthony Burgess, will join others including Baghdad, Dublin, Barcelona, Prague, Melbourne, and Reykjavik in the global network.

UNESCO Cities of Literature are dedicated to pursuing excellence in literature on a local level, engaging as many citizens as possible in a dynamic culture of words and encouraging the creation and sharing of stories. They work together to develop new local, national and international literary links, encouraging collaboration locally and across the world.

Manchester’s successful bid was coordinated by a consortium involving The University of Manchester, Manchester City Council, Manchester Metropolitan University and the Manchester Literature Festival, plus representatives of the city’s writers, publishers and literary organisations. The bid was endorsed by the Royal Society of Literature and the English Association.

A programme of cultural events and community writing projects will be developed to celebrate Manchester’s City of Literature status. Following extensive research and consultation, the bid’s steering committee has drawn up plans for a programme that includes a libraries festival, the establishment of a new writers’ hub and far-reaching initiatives to support new writing, promoting writing in translation, music and words, and the writing of Manchester residents. The programme will encourage collaboration - both internationally and within the city’s literary arts community.

Manchester is home to the world-class Central Library, as well as three historic gems - The Portico, John Rylands, and Chetham's libraries - and the legacy of its native authors is celebrated at the International Anthony Burgess Foundation and Elizabeth Gaskell’s House. The city boasts two of the country’s most highly regarded writing schools – The University of Manchester’s Centre for New Writing and the Manchester Writing School at Manchester Metropolitan University – plus Manchester Literature Festival, one of the most innovative and popular literary events in the UK.

It is also home to a thriving live literature scene, with thousands of people attending book launches, author readings and performances, open mic nights and reading groups across the city, plus world-class publishers including Carcanet and Comma Press.

This is a cause for great celebration, which will help us to strengthen our university’s many partnerships with the city and its communities. Our staff and student writers know that Manchester is a City of Literature, a place whose graduates include Anthony Burgess and the war poet Alun Lewis, Jeanette Winterson, Booker winner Barry Unsworth and bestseller Sophie Hannah. We all benefit from the presence in the city of great publishers like Carcanet and Comma and from what this announcement recognises - the enormous array of literary events, festivals and opportunities for engagement with new writing and new audiences which Manchester offers.

Manchester City Council’s Executive Member for Schools, Culture and Leisure, Councillor Luthfur Rahman, said: “We are extremely proud to become a UNESCO City of Literature, as we recognise the power of words to promote greater understanding, well-being and learning across our proudly diverse city.

"Building on the strong foundations of Manchester’s rich literary history, the council and our partners from the city’s universities and literary community will work together to create a programme of events which gives all of Manchester’s residents the chance to participate in and benefit from this thriving City of Literature."

Cathy Bolton, Co-director of the Manchester Literature Festival, said: "We are delighted to be one of the key partners in Manchester’s successful bid to become a UNESCO City of Literature. Boasting a rich and radical literary heritage, a vibrant and diverse live literature scene, two world class writing schools, and a proactive library service, Manchester is already a thriving hub of literary endeavour.

"We look forward to harnessing our collective energies in the development of some ambitious new projects, collaborating with international partners and engaging more people from across Manchester in transformative reading and writing activities."

For more information, go to www.manchestercityofliterature.com.