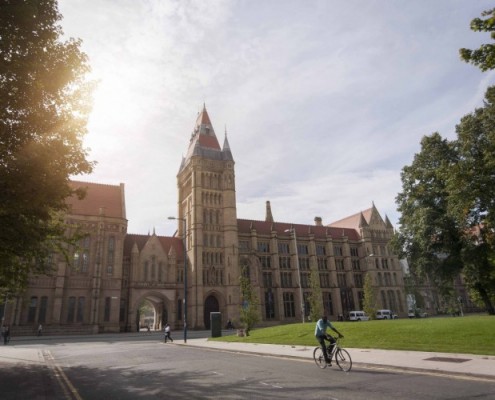 The University of Manchester has been ranked 49th in the world in the Times Higher Education World Reputation Rankings 2016, an increase from 50th place last year.

The rankings are developed based on responses to questionnaires sent to the world’s leading academics and take into account these senior figures’ opinions of research and teaching.

Manchester, one of only ten UK Universities in the top 100, climbed from 50th place the year before. Manchester was also the only UK University in the top 50 move up, all others lost ranking places.

The last 12 months have seen a number of major developments and initiatives at Manchester. The University’s National Graphene Institute was visited by the President of the People’s Republic of China in October and poet, Lemn Sissay was elected as the new Chancellor in June.

The University announced the creation of a Global Development Institute and a new academy to train the next generation of nuclear experts. It also opened a new, world-class cancer research building. The Whitworth was named Museum of the Year, one of a number of honours for the gallery.

In research, a University academic carried out the world’s first bionic eye transplant and funding was received to develop a Zika virus vaccine. Research quantified the impact of government policy on children and many other significant advances hit the headlines around the world.

Professor Dame Nancy Rothwell, President and Vice-Chancellor of The University of Manchester said: “It is fantastic to see that we have once again been judged by senior academics to be one of the world’s leading universities.

“It is extremely gratifying to see that other academics - the people who are best placed to know about excellence in universities - feel that we are providing world-class teaching and research here at The University of Manchester.”

The Times Higher Education website contains full list of the 100 universities with the best reputation in the world. More information and reaction can also be found on Twitter using #THEWRR