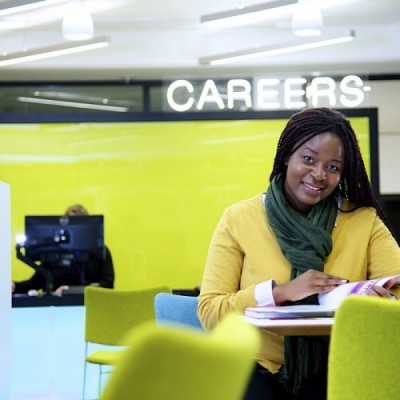 The University of Manchester has been ranked 5th in the UK and 35th globally in an independent league table of the world’s best universities for graduate employability.

As part of The QS Graduate Employability Rankings® 2017 which is published today, the University has been ranked against 200 institutions, and is awarded scores of 93 out of 100 for employer reputation, 70 for alumni outcomes and 65 for both partnerships with employers and graduate employment rates.

Data experts QS used information obtained through extensive research and consultation over a 12-month period to formulate the league table. They investigated the reputation of each institution, their ability to nurture high-achievers, how connected they are with companies and ultimately, how attractive their graduates are to potential employers. Responses from almost 38,000 employers and 20,000 high-achievers were obtained and over 180,000 work placement partnerships were evaluated.

The ranking is the latest in a list of impressive performances for Manchester in UK and international league tables. It was announced last week that the University had ranked 24th in the world and fifth in the UK in The Times Higher Education Global University Employability Ranking 2016. It also achieved its highest ever position of 29th in the QS World University Rankings in September and, in August, climbed six places to 35th in The Academic Ranking of World Universities.

It also confirms the findings of the ‘Graduate Market in 2016’ survey of the UK’s top 100 employers which revealed that University of Manchester students are the most targeted by leading graduate recruiters.

The University of Manchester is distinctive in the eyes of graduate recruiters; we have a fantastic reputation for world-class research and excellent teaching and we admit very high calibre students.

Tammy Goldfeld, Head of The University of Manchester’s Careers Service
„
Follow me on Twitter (opens in new window)

Tammy Goldfeld, Head of The University of Manchester’s Careers Service said: “The University of Manchester is distinctive in the eyes of graduate recruiters; we have a fantastic reputation for world-class research and excellent teaching and we admit very high calibre students. We’re incredibly proud of the employability of our graduates as evidenced by our high standing in employability league tables of universities from around the world.

“In addition, we’ve also recently launched ‘Stellify’, an initiative designed to make our students into stars. An extensive programme of activities aims to develop our students into socially responsible citizens and leaders of the world, while developing their transferable skills to make them all-round, work-ready graduates.”

Robert David Varley graduated from The University of Manchester in 2015 with a degree in sociology and criminology (BASS). He has since gone on to secure a place on the graduate scheme of the Financial Conduct Authority where he works as a business analyst.

He said: “I was excellently supported through my course by the careers service at The University of Manchester; for example, they helped me arrange my involvement in the study China programme. I benefited greatly from this experience, becoming a global graduate by going overseas, doing a course which focused on Mandarin and economics and coming back and being able to share my knowledge with other students. When I speak to other graduates, they’re quite envious of the experiences I’ve had.”