University rated one of the world’s best for graduate employability 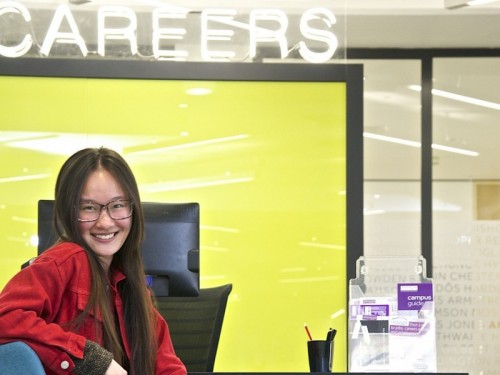 The University of Manchester has been ranked 24th in the world and fifth in the UK in an independent league table for the way in which it prepares its students for the world of work.

The Times Higher Education Global University Employability Ranking 2016 published today (16 November) surveyed 2,500 recruitment managers in 20 countries and 3,500 business managers around the world, to get their views on the universities which are supplying the most employable graduates.

The companies participating covered all major business sectors, had more than 5,000 employees each and recruited more than 50 graduates per year. Survey participants were asked to define what they look for in graduates and choose the universities they believe produce the most employable graduates.

This ranking is the latest in a list of impressive performances for Manchester in UK and international league tables. The University reached its highest ever position of 29th in the QS World University Rankings in September and, in August, climbed six places to 35th in The Academic Ranking of World Universities.

It also confirms the findings of the ‘Graduate Market in 2016’ survey of the UK’s top 100 employers which revealed that University of Manchester students are the most targeted by leading graduate recruiters.

For Tammy Goldfeld, Head of The University of Manchester’s Careers Service, this graduate employability success is down to an approach dedicated to developing skills that are not only associated with conventional teaching. “Alongside the practical support we give to students we encourage all of them to take part in structured activities outside of their courses, developing a leadership and social responsibility ethos which they can translate into successful future careers,” she said.

One example of this is the University’s Sustainability Challenge, where in Welcome Week 2016, almost 8,000 first year students worked together in teams to project manage the development of a new fictional university campus. This allowed them to develop important skills and learn about issues facing the world today.

Tammy added: “The employers we work with consistently tell us that they value the extra skills that students gain over and above their course and this is something we work very hard to impress on our students.

“The placing in this league table shows that Manchester graduates are making a positive impression all around the world and taking to the first steps to successful careers.”

The full rankings are available on the Times Higher Education website.

University rated one of the world’s best for graduate employability