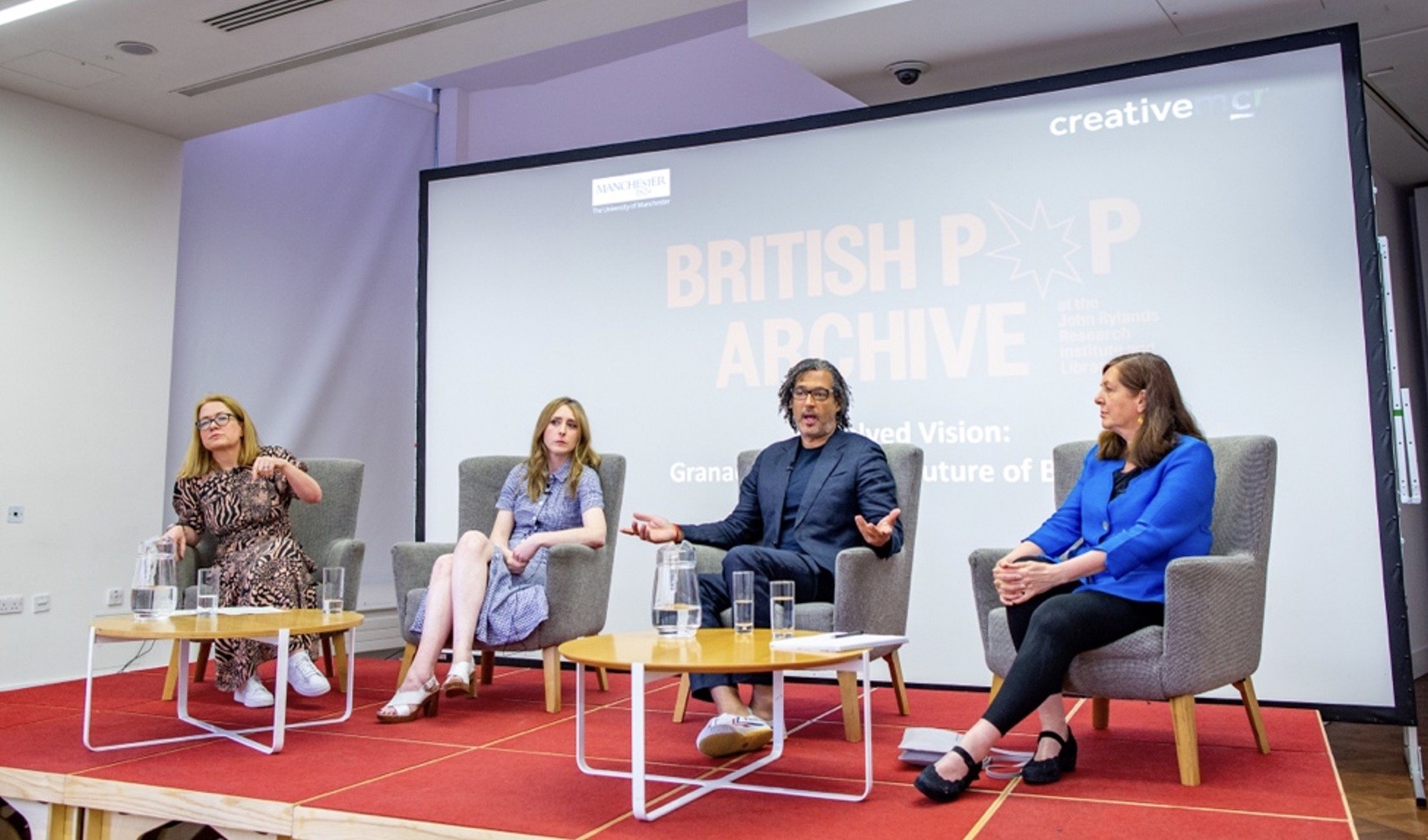 On 18 May 2022, Creative Manchester hosted a roundtable discussion with David Olusoga OBE and other broadcasting vanguards to reflect on the legacy of Granada TV, as well as the past, present, and future of British television.

The event marked the return of the Granada TV archive to the British Pop Archive, the largest national collection dedicated to the preservation and research of popular culture, held at the John Rylands Research Institute and Library. The event was also timely, as the Government announced its plans to privatise Channel 4 had been announced two weeks prior.

The discussion was insightful, with much of the debate centring around geography and creative culture in the UK. David Olusoga noted the struggle for creative industries outside of London, stating: “There is a rhetoric of ‘why aren’t you working in London?’”

“Many production companies are producing programmes that can be filmed from anywhere and it creates a geographical distance for those seeking commission outside of London,” she said.

In-line with creative freedoms, the discussion turned to acquisitions and privatisation. Dorothy Byrne, President of Murray Edward College, Cambridge, commented how democracy is being cut away at when the ‘creative freedoms of British broadcasting’ are being stripped away.

There were also some warm reflections on growing up Northern and the future of British TV since the relocation of large broadcasting corporations to the North of England, with Hannah Barker, Director of the John Rylands, affirming: “To be proud of your future, you need to be proud of your past.”

Following the conclusion of the event, audience members were vocal about their appreciation of the discussion, noting that it was both thoughtful and nostalgic. After engaging with attendees, the speakers proceeded to the John Rylands for an evening to celebrate the launch of the British Pop Archive.

If you missed the event, you catch it on School of Arts, Languages and Cultures YouTube channel.

You can also find further information on the British Pop Archive here.