Visits to place of worship linked to lower levels of criminality 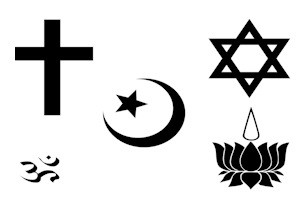 People who regularly visit a place of worship are less likely to be involved in low level crime and delinquency, according to new research by a University of Manchester researcher.

He said: “This research implies that the act of visiting a place of worship may trigger a significant reduction in the likelihood of involvement in certain types of criminal and delinquent behaviour.

“In line with existing American research, my results suggest that it is the act of mixing with fellow believers that is important, regardless of whether this is via formal worship, involvement in faith-based social activities or simply through spending time with family and friends who share your faith.

“The important thing is exposure to people who encourage pro-social behaviours, and can provide sanctions for their breach”

The study, which is the first time this type of analysis has been carried out in the UK, is to be published later this year. It was funded by the Bill Hill Charitable Trust.

The survey data comprised responses from 1,214 18 to 34-year-olds and was collected last July.

Though most measures showed some relationship, shoplifting, the use of illegal drugs and music piracy evidenced the most significant correlations.

More serious crimes were too rare for the data to be able to show a significant pattern.

He added: “These results suggest a more positive picture of Britain’s religious life than the doom and gloom you might read about it in the newspapers.

“But they are not necessarily a blow to the proponents of atheism: religious practice is just one way of gaining exposure to the pro-social behavioural norms that are at the heart of this relationship; other, more secular, activities may equally serve a similar role.”